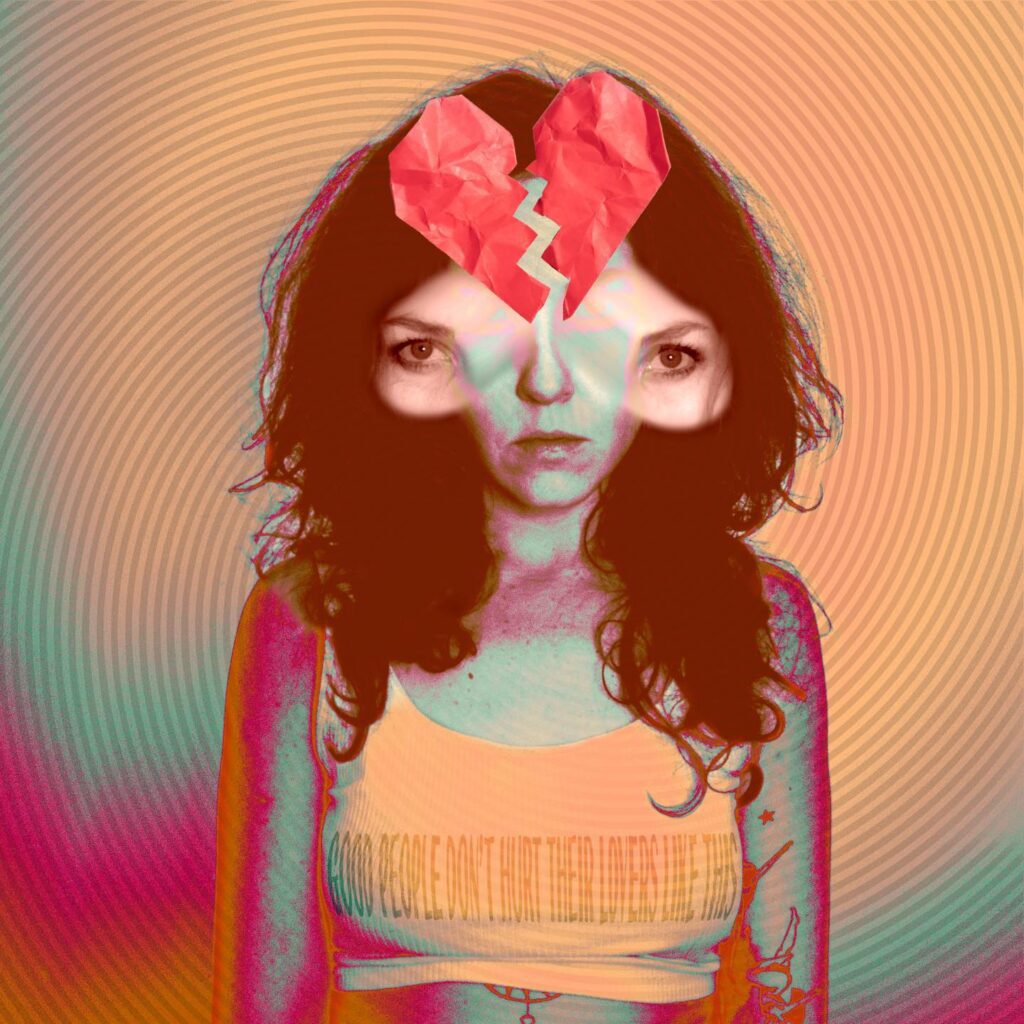 Earlier this year Gurli Octavia put aside her artist moniker in favour of a new one, Summer Fry, and an up-tempo style. Even though her first song, We do It for Love’, was a very good one I wasn’t immediately convinced she’s made the right decision but with this follow-up single, ‘Good people don’t hurt their lovers like this’, she seems to have nailed it.

There’s absolute clarity about the subject matter of the song. As she spells out, it is about “cutting that toxic person out of your life and moving the hell on.” She adds, “I hope this song makes you feel good, let’s take out the trash”, then “a girl’s gotta know when to cut bait and I think I better let you go…”

I reckon that whoever he is, he was brave even to try in the first place.  She doesn’t take prisoners.

But having said that the image she used for the song, with its broken heart plastered in the middle of her forehead perhaps suggest that there is a softer, more easily hurt Gurli/Summer than we knew of.

There has been a big change in style from the work branded as Gurli Octavia. This new trademark is laid-back funky EDM, that’s the best way I can describe it, and with a similar Caribbean feel to it as in the previous single. Just after the half way mark it picks up pace and volume as a heavy synthesised sound enters the fray and you expect it will develop into a full-blown anthem, but it ebbs away just when you are in sight of it.

Still, it’s pretty powerful. And catchy. And even fun, despite the subject matter.

Her vocal is, as ever, spot on. This gurl can sing. And the backing band she’s recruited put in an admirable performance.

I’m still umming and ahing about whether Summer Fry will win my affection to the same degree as did Gurli Octavia. It helps to differentiate, objectively, the material and consider the two to be entirely separate people, never mind artists.

I reckon she will, and it will be an album or EP that does it, as with her (Gurli’s) ‘I could be blossoming instead.’

But for now, just to keep things ticking over, ‘Summer Fry does Gurli Octavia’ (a couple of Gurli songs, fried) would go down nicely.