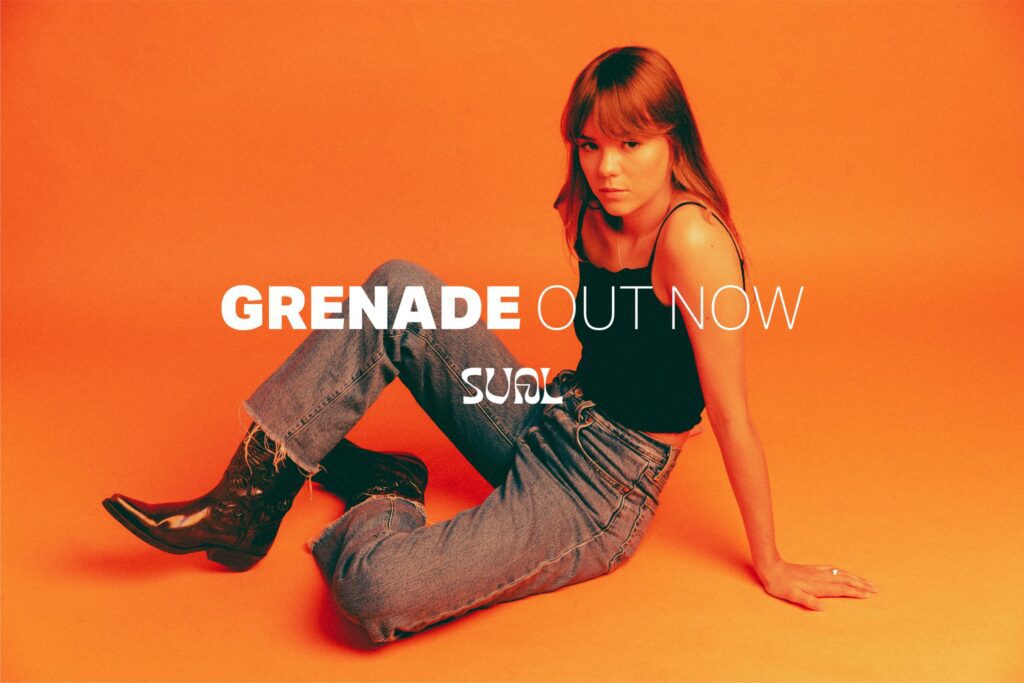 Sval has been around on the scene for a decade already despite the fact she’s still only 23. Things began to change for her with her first English-language recordings and the release of her 2019 EP ‘Young Alien’, which allowed her to express herself in different ways.

Her inspirations are proven storytellers like Frank Ocean and Lykke Li, but she adopted a simpler, more basic approach to song writing in this case, “embracing the imperfections that come from working closely with people in a room together.” Those people include regular collaborators such as Jimi Somewhere and Milo Orchis.

The result is ‘GRENADE’ which she describes as being a self destructive and liberating song at the same time, “embracing sadness and anger, and even though the song has a sad tone it’s something beautiful about owning those feelings completely”, adding “Whenever I’m feeling sad, as long as I get to sit with those feelings for a while, I’m fine. The song has a certain kind of loneliness attached to it, thoughts of others not understanding your feelings.”

I have to be honest and say that I can’t quite relate the explosive nature of a grenade to those particular thoughts. Perhaps it would be easier if it was called ‘Unexploded grenade.’ An obvious reference point is Highasakite’s ‘I, the Hand Grenade’ in which said battlefield device was a used as a metaphor for domestic strife. You knew exactly where you stood with that one.

It does become a little clearer though in the chorus:

Which I take to mean that the grenade is used as a weapon to destroy malicious thoughts of her own, rather than other people?

Even though she’s minimalised and rationalised her lyricism it is still a complicated song encompassing a range of emotions and situations. And I love the way she rhymes granted with ‘granade.’

Musically, it’s mainly synth-based, well put together and the lively chorus will inevitably lodge unshakeably in your head.

Where will this latest change of direction take her? Hopefully a new EP, or full album, will inform us soon.