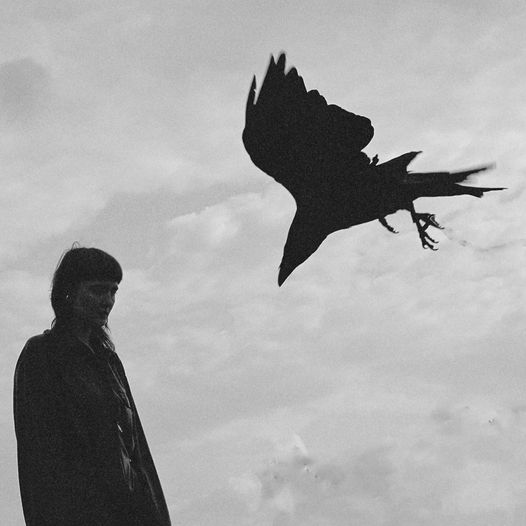 I had to think about this one. Does an Irish-Norwegian singer-songwriter with a very Irish name, born and raised in Berlin, qualify for a Nordic music publication?

Eventually I decided yes, based on the quality of the vocal on ‘Crow’, which is one of 13 tracks on the album ‘Værmin’ (which means vermin, an unusual title), which will be released on 28th January and which is her second full-length.

All the tracks concern different examples of ‘vermin’ including worms and leeches and I must admit I didn’t know some of them are. I had to resort to checking them off one by one like examples of ‘irony’ in Alanis Morissette’s song ‘Ironic’, some of which aren’t. At least a crow is considered vermin, for sure.

The album hangs on a tragic love story, replete with symbolism and nuances and I assume the different ‘vermin’ are characters in that story or perhaps chapters. Very Kate Bush.

I don’t know what it is about Irish singers. From Dana to Clodagh Rodgers to Dolores O’Riordan they could charm the pants off a snake and Tara Nome Doyle continues the tradition. It’s as much a ‘come to bed voice’ as ‘come to bed eyes’.

To be fair to Tara it is probably unfair to review this single track in isolation as this is clearly quite a deep and involved concept album which needs to considered holistically. But as the album is still almost two months away I can’t avoid it.

She knows how to build atmosphere in a song, and effortlessly. An analogy I often use is with the opening credits song for the Canadian TV cop series Cardinal and which was Denmark’s Agnes Obel’s ‘Familiar’. It is as effortless as that.

The only little problems I have, are, ironically, connected to that otherwise impressive, sensuous vocal. Firstly, is she singing too high at times, unnecessarily so? I’m no voice coach but she seemed to struggle a little on the final word in a couple of lines early on. Perhaps it’s my imagination – you can decide for yourself. Secondly, she seems to use a vocoder or other device that distorts her voice a little but it has the effect of turning ‘s’ into ‘sh’ like Sean Connery used to say, “My name is Bond; Jamesh Bond”. I don’t understand why those effects are needed. Perhaps it is something to do with the full album as its story evolves.

Overall, it’s an attractive, attention-grabbing song which has got me interested in the album and that story. I already get the impression it’s like a Bronte or Austen novel set to music.

On social media she says she took a lot of inspiration from Shakespeare’s ‘Romeo and Juliet’, in which the Bard used quite a bit of bird-imagery.