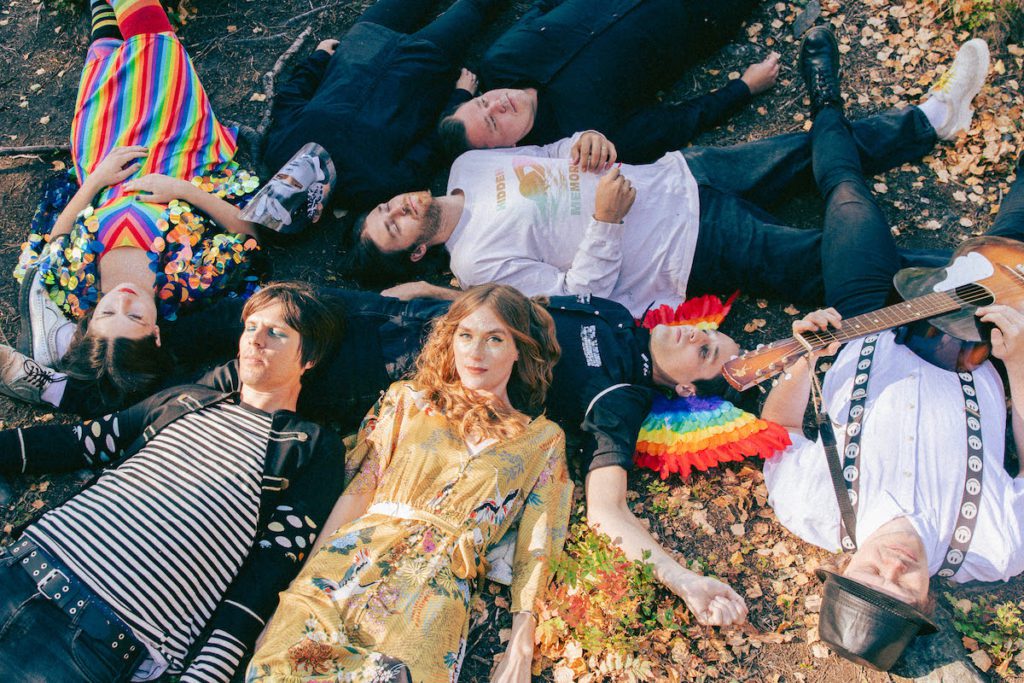 Team Me has somehow managed to escape my attention over the years. I suspect that’s because I used to think of them as a sort of Norwegian version of Steps, which is a little unfair, as I now appreciate, even if they did a ‘Steps’ in breaking up and then having a reunion (in 2019)!

Their last album was seven years ago, its predecessor having been a Norwegian Grammy winner. In March next year they will release ‘Something in the Making’, a story told from the perspective of a 10 year old boy which invites listeners (and viewers – it’s audiovisual) to re-discover the wonders of life and the environment around us through a child’s eyes.

This appears to be a track from the album, which the band says “finds a whole lot of light out of the darkness”. Is there anything in this song was lends credibility to that statement? Well it depends how you look at it. Is the glass half full or half empty?

What I mean is that the music is fairly up-tempo – it could at a pinch be a marching song in support of a cause – while the lyrics are down-tempo. While references are made to ‘Lionhearted lovers’ ‘Marching the streets’ they are countered by negatives such as seeing something ‘Behind closed eyes’, to ‘Feeling lonely’ as well as to ‘Sleepless nights in the dark’.

I don’t make a point of reading other reviews; especially where they are populated with one-liners, but one of them caught my attention: “Team Me’s sunny sound is not without clouds.” Since I’m making a weather forecast I’d change it a little, to “…not without rain.”

I’m not convinced that’s what the band intended; just that it comes across that way to me.

All this augurs well for this forthcoming album, which should be released roughly when we know if there is a light at the end of the Covid tunnel or whether we will have to batten down for another year of disruption. I suspect the album might reflect that uncertainty.

It has some big hitters behind it, including the producer/mixer, the Grammy-award winning Darrell Thorp who has worked with Foo Fighters, Radiohead, and Beck and Emily Lazar (David Bowie, Björk, Coldplay, Haim), who mastered it.

‘Just another Sleepless Night in the Dark’ is available now, coinciding with the 10 year anniversary of the band. ‘Something in the Making’ will be released 11th March 2022 via Propeller Recordings. Team Me will tour Norway next spring, dates below. International dates, if any, have not yet been revealed.