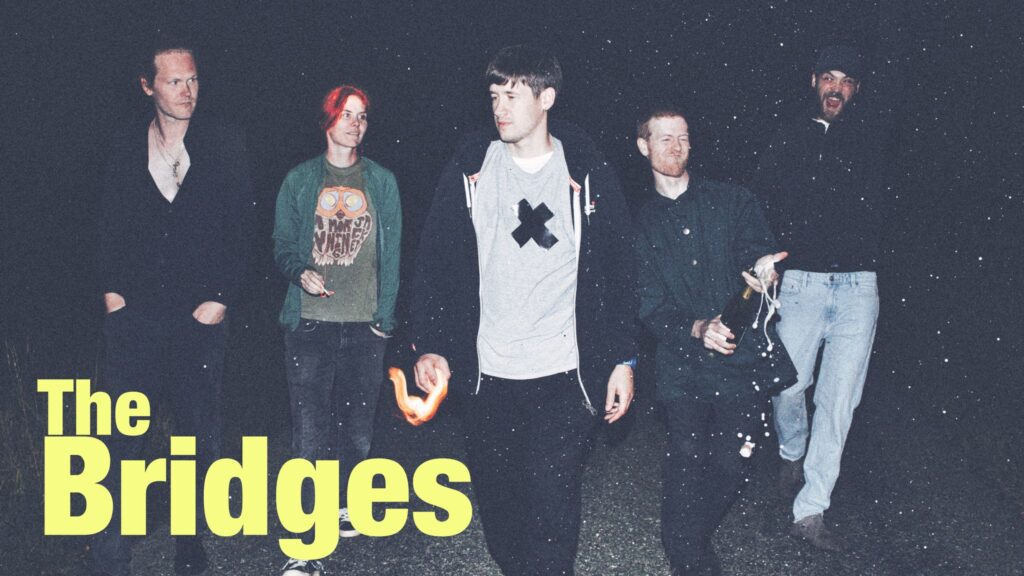 Ah, the rustic charms of rural Denmark. That’s where The Bridges hail from and it isn’t Madison County.

Rather it is Præstø, in the countryside in Zealand, some 50km or so south of Copenhagen, where they have an old barn, in which they have set up a large studio with fields as far as the eye can see outside to encourage their big dreams.

They seem to be a fairly new band, and populated by fresh faced Gen-Zers.

But these are no country bumpkins, believe me. I remember much the same was said of XTC, from the Wiltshire countryside with ’Tractor Boy’ accents to match but they made quite an impact and I strongly suspect The Bridges will too.

“We are from the countryside, and we’ve tried to express that in a way that makes people smile”, says bass player Lasse Solevad.

Accompanying ‘Daydreamers’ is a video designed to reveal the band’s tendency not to take themselves too seriously as they evict a horse from its box to use it as their Transit van to a gig at ‘Stars’ (where else?) only to be evicted from there themselves before finding refuge in a bar.

It’s entertaining for sure but I’m more interested in the music. I’ve rarely heard such an innovative mix of instruments (jangly, fuzzy guitars; bass; percussion and synths/effects) from a start-up band. And the vocals, both male and female, are spot on, while the production easily merits a mention.

They say that in their ‘safe bubble’ things go a little slower, and “there is room to daydream away from all kinds of disasters” as they have learned to appreciate, so that the song has ended up being a tribute to the rural surroundings and the slightly slower life far from Copenhagen.

Maybe so but it rattles along at a fair pace and builds up a head of steam quickly. It’s unrelenting, melodious, catchy and feel-good. What more could you ask for?

They may well be “A generation of daydreamers/Born into another world” but I reckon that other world is going to be hearing a lot more about The Bridges.