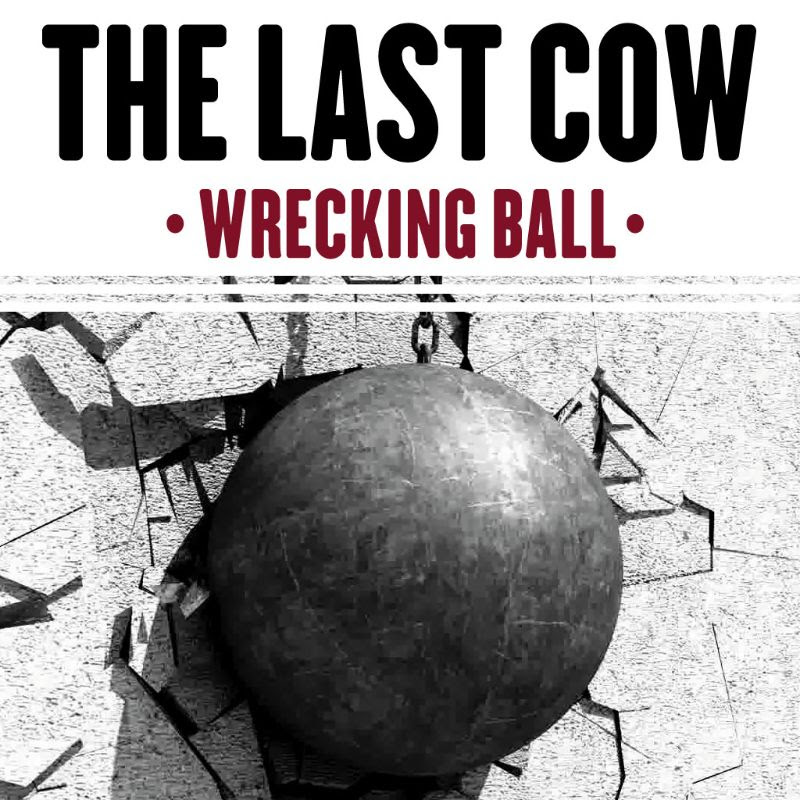 So you thought only Miley Cyrus could sing about; swing from, legs akimbo; or twerk to a wrecking ball? Wrong.

It had to be a band with a name as zany as The Last Cow, an alt-rock group from Gävle in central Sweden, which features members from classic early Swedish punk and new wave bands, to come up with the goods.

After a long hiatus from the music scene the members of The Last Cow made a spectacular comeback in 2019, releasing seven singles in a row. Then they went quiet for a while again before releasing another two songs this year, ‘B True to yourself’ and then ‘Jungle (deep down)’.

I reviewed the former, which I described as being Idles-like soft post punk. But you can’t easily pigeonhole them. A previous song I took a listen to in 2019, ‘Manolito’, which concerned a character in the 1960’s television series ‘The High Chaparral’, was a fascinating journey which, I noted at the time, “starts like the soundtrack to ‘Plan Nine from Outer Space’ then proceeds to channel The Jam and 1970’s prog-rock band Argent.”

‘Wrecking Ball’ is the third single from the forthcoming EP called ‘4: Wrecking Ball’. Described as “an electric rock ballad” it hit me immediately as something that might have come also out of the 1960s (and they almost go that far back). Imagine Eric Burdon and the Animals, the Moody Blues, The Kinks, The Yardbirds and The Who had got together one afternoon to write and record a one-off song. This might be it. Both in texture, and in class.

And you get that just from the opening bars with a guitar riff that could have been written in the Gioconda Café in Denmark Street, London WC2 at any time in that decade with a young Bowie and Hendrix lurking in the background.

Ostensibly (I think) about the damage done to a relationship by unspecified unforgivable behaviour there is also something in the lyrics that suggest a reflection on the life of the band.

“Wanna leave this train now, but I can’t get off”.

”…wanna stay in this forever, and never rise again…”

“…and the days went by…and the years went by.”

There’s retro and then there’s this. It’s been on repeat for the last half hour. And doesn’t the vocalist (I think its Jan Ricknell, I’m sure they’ll correct me if I’m wrong) sound like Eric Burdon at times? Last time out he was The Divine Comedy’s Neil Hannon, which just makes you realise how melodious-yet- hardened tones like theirs are absent from much of today’s music.