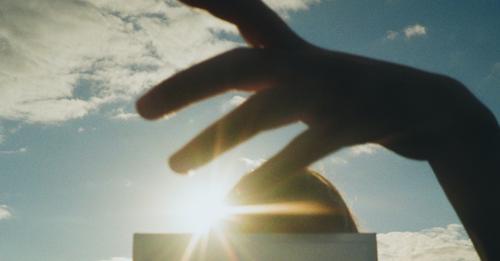 The Oceans (Denmark) – Did you know (single from forthcoming album)

We featured a non-British ‘Brit-pop’ band only a couple of weeks ago and hey-ho, what do you know, here’s another one in the form of Danish duo The Oceans, who are Linus Valdemar and Dan Joe.

So all change on The Oceans and it seems said producer encouraged then to forsake their fuzzy guitars in favour of a more electronic sound; one that is likely to stay with them.

What that led to is something that sounds like Oasis collaborating with Erasure. It’s one of the catchiest tunes I’ve heard for a while and I’m confident that at least one UK DJ will pick up on it and give its some airplay. And the title, ‘Did you know?’ has shades of Oasis’ ‘D’you know what I mean?

I would have liked to hear a bridge in it, just to spice things up a little, but the lack of one isn’t critical.

The song is about friendship rather than lurve, which is unusual unless you’re The Spice Girls, and it’s a friendship deep enough that Linus would “run to the edge of the world” and “climb the highest peak” to save. Is the friendship one between the two The Oceans members? Listen and decide for yourself.

It’s a track, too, from their debut full length album, which is in production and which takes references from, inter alia, Dolly Parton and The Lion King.

In a nice gesture they are donating all income from record sales throughout March to Red Barnet, a Danish children’s charity which is actively providing assistance to children in Ukraine. See their social media pages for more information.