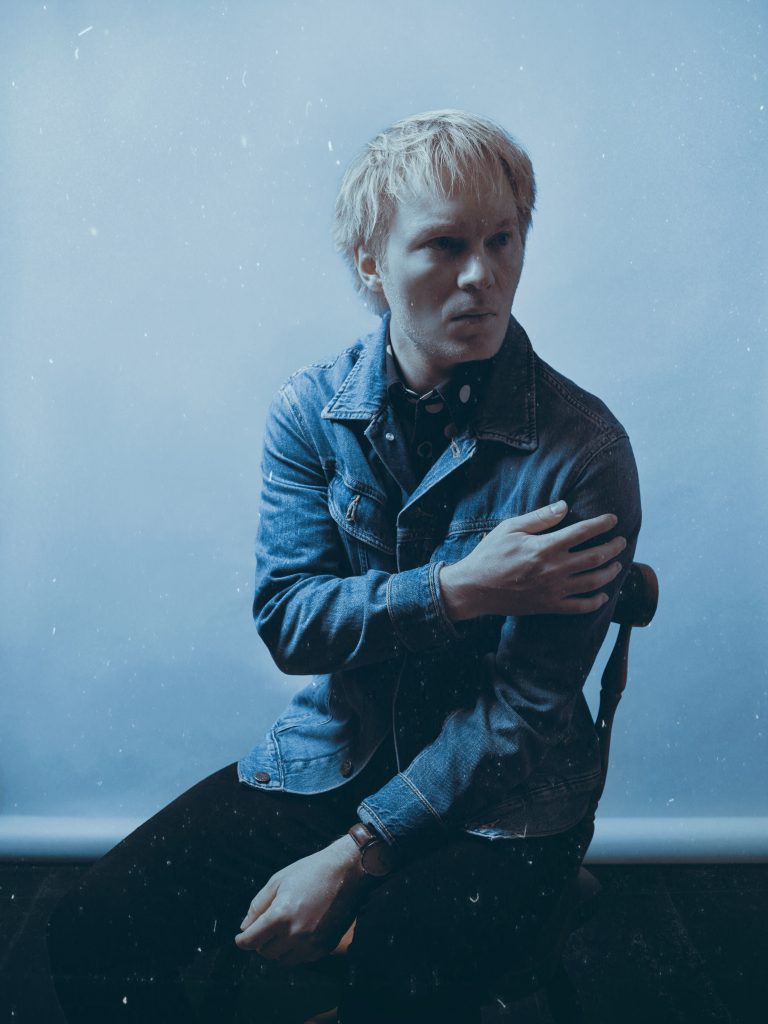 The Victim –sounds like a 1960s US TV drama, doesn’t it? Like ‘The Invaders’ (“only David Vincent knows that the Invaders are here – now he must convince a disbelieving world that the nightmare has already begun…”) or ‘The Fugitive’ (“A murdered wife; a one-armed man; an obsessed detective. The chase begins…”)

Or perhaps the title of an Albert Camus novel. The third in a trilogy. The Outsider. The Plague. The Victim.

In reality he’s a Danish singer-songwriter, Kenneth Nefling, who here releases his latest single ‘Ghost House’ the first since the 2020 EP ’When everything is over Pt.1’, which could be yet another drama.

He says he has been developing his expression, pushing the envelope of his song writing, and in ‘Ghost House’ he increased the tempo to give it a ‘happy-go-lucky’ feel and positive message, albeit with a ‘melancholy undertone’. He likes to keep his listeners guessing as to which direction he will take next.

And that melancholy undertone is appropriate here, as the song deals with “sitting back after losing someone you loved, and about all the things you wish you had done differently when the opportunity was there, and then ultimately coming to terms with things and moving on.” Mike & the Mechanics ‘The Living Years’ I suppose?

It’s the liveliest piece of folk-rock you’re likely to hear all year. It starts off at a heck of a pace – I was convinced I was listening to A-ha’s ‘Take on me’ in the opening bars – and it stays that way throughout most of its four minute span.

In fact you do start to wonder if it’s a little too upbeat for the reflective subject matter, especially around the halfway mark when it moves up a further gear and even becomes headbangingly danceable.

Then it is rescued for a few brief seconds in the bridge by some momentous and daunting piano chords before it resumes its headlong gallop down the highway with those same chords in tow.

Don’t get me wrong. It’s a great song which, at the very least, will have you tapping your fingers. It’s just that it’s a little difficult to square the topic with its exuberance.