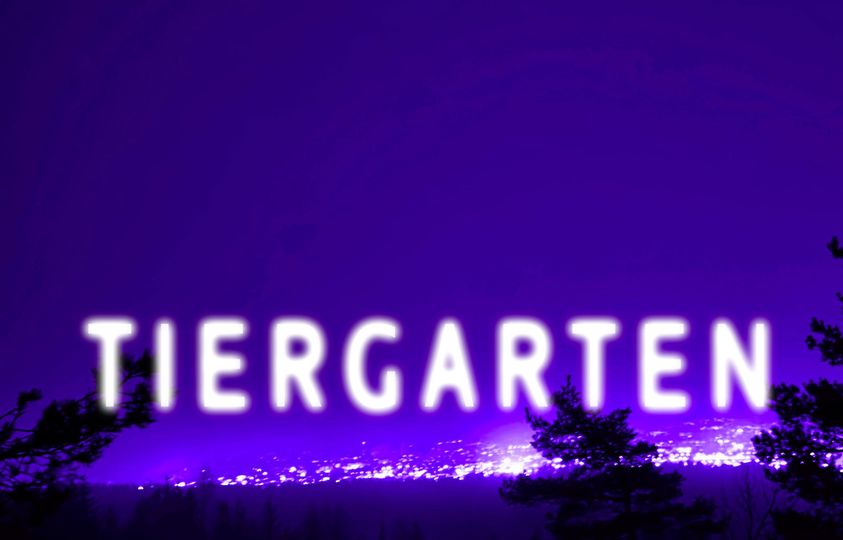 With this, three-quarters of what was Katzenjammer have now featured in Nordic Music Central in just three weeks. We’ve already had a re-published 2018 interview with Sol Heilo and, earlier this week, the debut album from Marianne Sveen. Now it’s the turn of Anne-Marit Bergheim, although, as I’ve said previously, Tiergarten, one of the bands she plays in now, amounts to a whole lot more, with contributions from Mats Rybø (who was a composer and lyricist on the first Katzenjammer album, ‘Le Pop’ and on some tracks on their second and third albums), also Odd Kristian Svedal, Stian Sveen and Trine Skullestad Hølland.

Mats Rybø formed Tiergarten, in 2014, and acts as a vocalist although on this song those duties appear to have fallen to Trine. Their 2016 debut album, ‘Oslo Exit Baby’, was considered one of the albums of that year in Norway (and was part-produced by Marianne Sveen; these Norwegians know how to keep it in the family).

They make powerful, electronic indie-pop. The last song of theirs that I ran the rule over, ‘The Millions’, had the hallmarks of a Eurovision song with a pulsating electronic beat, catchy melody and attention-grabbing vocal. And ‘The Stairs’ is similarly powerful, with a series of simple, solid and consistent melody lines and a middle eight that will stick.

I’m pushed for whom to compare them to (musically) in the Nordics. I almost went for the easy option, ABBA, (basically because there are two women) but that’s not really accurate, there’s a greater vibrancy, urgency perhaps, about Tiergarten’s songs and with a much heavier rhythm section.  There’s more of a connection to 1980s UK bands. If you can imagine an amalgam of Erasure, ABC, the Pet Shop Boys and the Human League allied to the big sound of their own A-ha I reckon that’s somewhere near it.

Where the lyrics are concerned, they are rather esoteric. I’m assuming that Mats Rybø is the writer because he has done that job before and some of the Katzenjammer lyrics were deep, like these. Having said that, your guess is as good as mine as to what the song is about. I’ll take a punt at excessive ambition. The sort on show in films like The Bonfire of the Vanities, and The Wolf of Wall Street, and which can only lead to a mighty fall.

“Wait, wait for the ride/for the best drive, you ever had/Inhale, inhale the air of affluence/the neon haloed metropolitan.”

“All tall buildings tower ever higher/All good promise rot and expire/Somewhere in the wind between the steel and glass the future blowing with future tears/with your mind’s excision and tunnel vision we’ll keep walking up the Stairs.”

But I could, of course, be completely wrong.