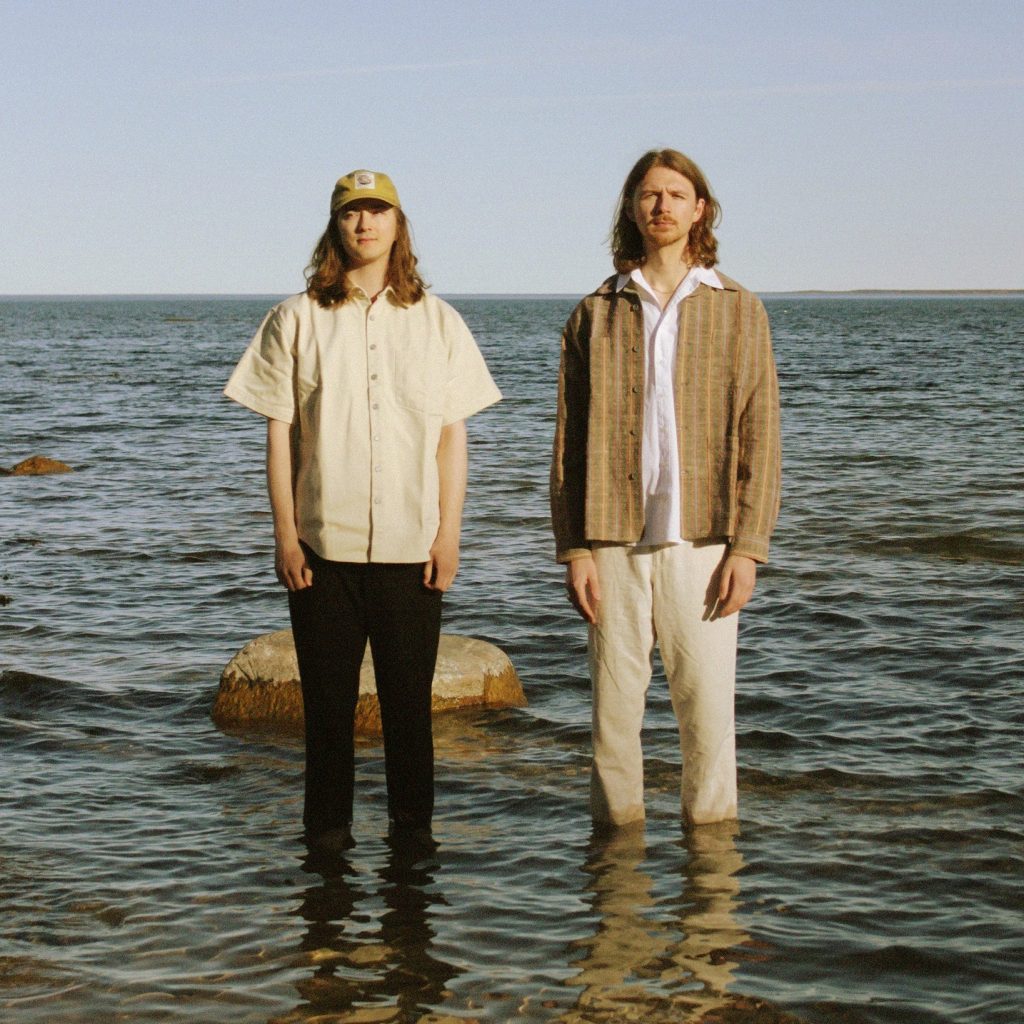 Surprisingly, this is the first time out in NMC for Stockholm-based indie duo Tomode (Carl Leanderson and Viktor Westerberg) but I’ve certainly come across them before. Fundamentally they are a fun band (but not mentally so!) which has a habit of channelling Chic so well that you’d think it was Chic, with an extra injection of funk.

At the same time they somehow manage to throw in a melange of other styles. Previously I’ve attributed to them, in one song, “something which hangs between electro and pop, 1980s groove, 1990s Italian House and 2020s club,” and in another, “a touch of yacht rock vibes.”

What’s next, drill rap? No, forget I said that!

Their song topics are equally entertaining. This time sees them seeking out dance floor icebreakers, trying to connect with someone, while desperately looking for the right thing to say.

How about “Can monkeys thrive in the Arctic?”, or “someone was murdered on this dance floor last week”. (With apologies to the Sheffield band and Sophie Ellis Bextor). Now you can understand why I never picked up a girl in a disco.

If I’m being whimsical it’s because you can’t really be anything else when you’re listening to Tomode.

In this instance they manage to combine stirring disco vibes and melancholic Scandinavian pop, not an easy task. Even ABBA didn’t quite pull that off; it was one or the other. If you can imagine a Niles Rodgers’ jangly guitar riff combined with a sweeping, all-embracing Benny Andersson arrangement – and both are there right from the start – you’ll be on the right lines.

Don’t expect Shakespeare in the lyrics (and the Bard wasn’t so hot in the chat-up department down at the tavern I hear) but there are some little gems:

“Instead of talking ‘bout the weather/Can we just break the ice?

Actually lads, the weather has probably introduced many a boy to a girl here, but this is England.

‘Conversation Starter’ is the second single release from Tomode’s forthcoming EP ‘Riviera’, which is out later this year and follows their debut EP ‘Synergy’ (2021), which landed them nominations for Newcomer and Pop/Rock Band of the Year.