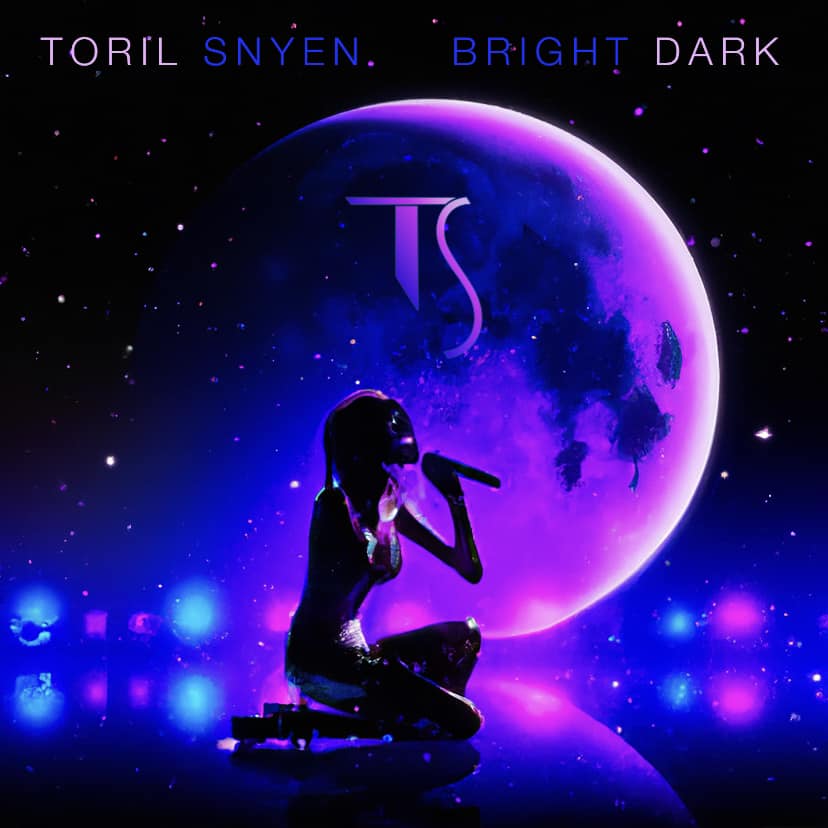 Those of you with good memories will recall that Toril Snyen has been here before, as recently as July in fact, but in that instance under her ‘Sny’ moniker which concerns itself with tuneful electro pop.

Originally from Norway and currently based on the Swedish tourist island of Gotland she has many other faces, including as a jazz vocalist, a classical pianist and she was once in a doom metal band. And this one…where she’s in alt-rock mode.

In between her other activities she’s been working with her band on this album, ‘Bright Dark’ for two years.

I have to admit that I was a little surprised by the album, judging her from the Sny track from July which was considerably more up-tempo and dramatic.

A quick listen to ‘Bright Dark’ tells me that in her soft rock style she’s more laid back and thoughtful. In fact there are some guitar riffs in the songs that might have been found in 1960s hits from the likes of The Shadows or The Tornados, and with a heavy emphasis on sweet licks courtesy of Magnus Strandberg.

And that’s why I chose the final track, ‘By Accident’ as the representative one as it is replete with that guitar sound – which is more emotive on this track- while probably showcasing Toril’s vocal, and exceptional harmonic abilities more evidently than the others, too.

Her diction is perfect. I’ve had cause to complain recently about otherwise excellent songs in which you couldn’t make out a word the artist sang. No such problems here. Toril is to singing what Claudia Black is to acting (Aeryn Sun in ‘Farscape’ if you’re interested). I was going to use Kevin Spacey as an analogy but we won’t go there!

And the overall production is spot on, with excellent mixing of instruments and vocals. A highly polished piece of work.

‘Bright Dark’ is out now.