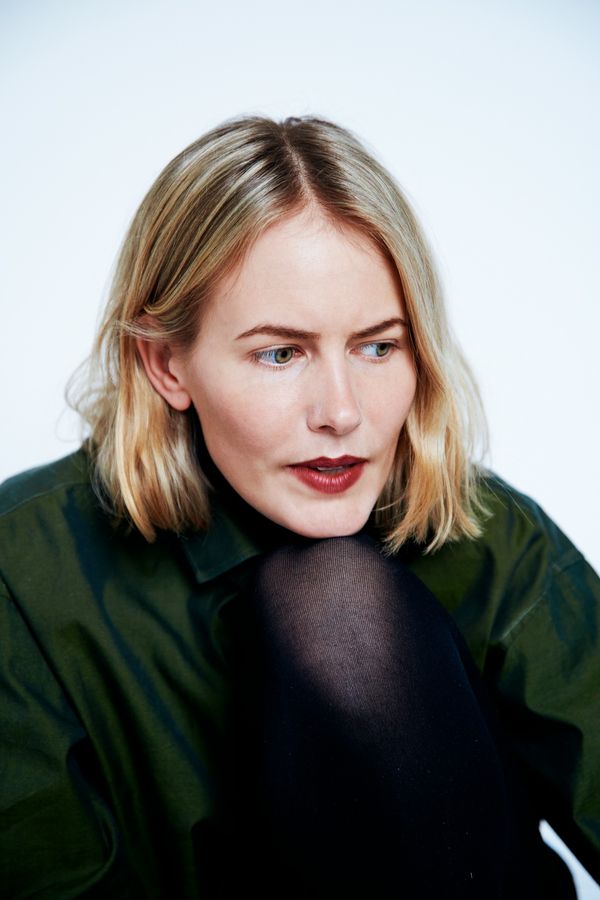 A first time welcome to NMC to Tuva Hellum Marschhäuser, aka Tuvaband, the Berlin-based Norwegian lady who is happy to write music for your funeral. Somehow I doubt that specific request will be made that often but Tuva’s music can be funereal for sure, transcending ‘ethereal’ and taking it to another level. (Or should that be down to another level)?

I’ve previously remarked that the little whisper of a voice she uses, which seems to have an echo chamber effect of its own, along with the occasional high-pitched croak here and there, the unusual metre in most of her songs and the eerie, atmospheric, shifting sounds she produces would suit a Final Destination movie, as Death stalks the doomed characters through a Ghost Train or Hall of Mirrors at a fairground.

And most of these attributes make a welcome return in this latest release, ‘Rejuvenate,’ which is her first new work since the album ‘Growing pains and pleasures’ in May of last year.

Again, there’s a creepy and crawly, supernatural aura about it; the dark antithesis of Aurora’s wholesome work, if you’ll pardon the wordplay. While the song concerns a friendship, what’s being rejuvenated here could equally be something in Mia Farrow and John Cassavetes’ New York apartment if you get my drift. That’s unfortunate but she’s cornered the dark and mysterious market, The Twilight Zone, so well that it too easily comes to mind.

If there is one thing about Tuva’s songs that I’ve found a little wanting in the past it is that the sound could be a tad thin at times. But she’s tackled that head on here, playing all the instruments herself with the exception of drums (Kenneth Ishak) and there are plenty of them. Hence that sound is thicker, richer, layered and even darker still. The screeching guitar is in a class of its own.

I don’t know if another album is one the way or of this is a one-off single; hopefully the former.

‘Rejuvenate’ was released on 8th April on multiple streaming services.

Tuvaband has a German through April and May, see Facebook page for details.