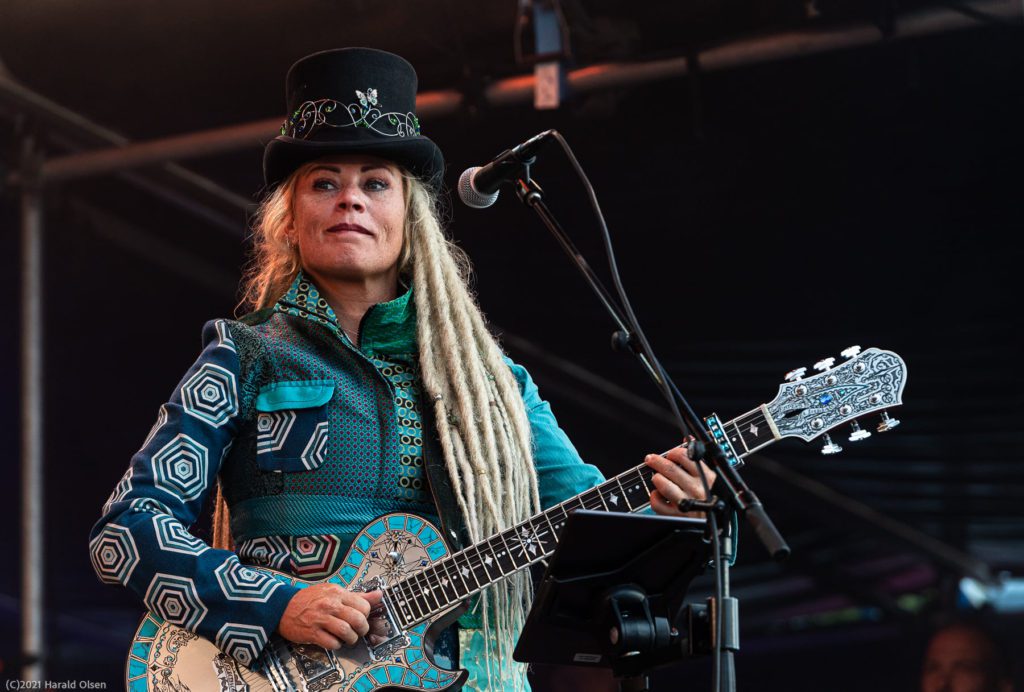 I’ve known of Unni Wilhelmsen for some time although this is the first time she came under the microscope.

She moves in the same circles as Sol Heilo (ex Katzenjammer, now a solo artist), Hanne Mari Karlsen, who plays in her band and Ronny Yttrehus, the guitarist in this video and who works with all of the above, and others. In fact it was Ronny Yttrehus who alerted me to this video. I understand he’s vacationing alongside the ‘Dons’ of Sicily right now? Good luck with that one, Ronny.

To complicate matters further, Unni Wilhelmsen, Sol Heilo and Hanne Mari Karlsen all play together in a band. As George Best once famously said of Manchester, Oslo is a village.

Oslo-born, Unni made her breakthrough in 1996 with her debut album, ‘To whom it may Concern’ which won the Spellemannprisen (Norwegian Grammy). She has her own label.

The song is from the album ‘Unni sings Wilhelmsen, which was released on 1st October as “a best of live anniversary concert” and this is the live performance recorded in 2020 at Ibsenhuset, a cultural centre in Skien, southern Norway. That’s in Telemark County, which reminds me that ‘Heroes of Telemark’ was on TV last week, with Kirk Douglas and Richard Harris pretending to be Norwegian. Very believable.

This is far more like it. Quite a beautiful song and one which contains some inarguable truths: there is no needle without a thread; no lust without fire; no love without desire; no truth without a liar.

Towards the end Unni throws in a little vocal trick I’ve never heard before, a sort of restrained Norwegian yodelling. That sort of thing can easily detract from a song, even convey a sense of novelty on it if the singer isn’t careful but in this instance it is perfectly on point.

Overall a very deftly presented track and one which will persuade you to seek out the full album.