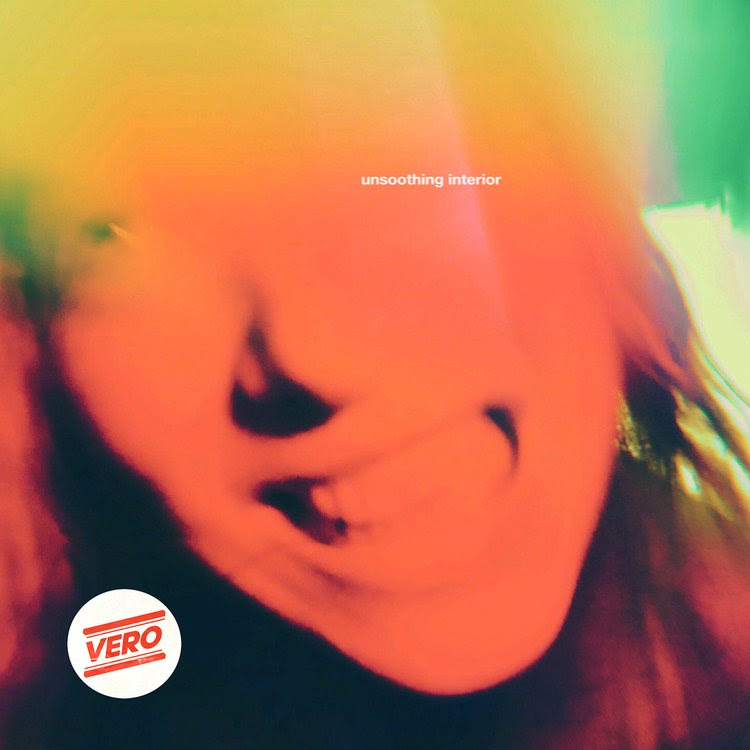 Vero were here as recently as February with ‘Cupid’, the opening track from their debut album ‘Unsoothing Interior.’ Anyone in the UK who watches the Saturday morning TV programme in which a bunch of Z-List celebritees try to design a lounge or a workplace or a school library or whatever will understand how I sympathise with the title.

On ‘Cupid’ I couldn’t pin down exactly who they reminded me of, ranging over such unlikely bed mates as King Crimson, The Clash and Arcade Fire. But giving it another quick listen now, it’s more like The Go-Go’s, just as they shifted from punk to pop.

Being short on time yet again I can’t run the rule over the entire album and had to select a sample. ‘Beluga’ seemed the most appealing. I assume they are referring here to the caviar rather than to the fish whence it comes, the whale or the fat whale-like aircraft that flies over my house delivering Airbus wings from Hamburg to Chester.

As they say “on ‘Beluga’, they explore lust, luxury and trying to find the key to happiness within that” I reckon it’s a fair assumption.

You can’t really have a grungey track without anchoring it on a heavily distorted guitar over pedantic bass and that’s exactly what Clara Gyökeres does. There’s so much kinetic energy in it during the opening riff that it sounds like the National Grid is about to go into meltdown.

Without examining the lyrics in detail the track is highly suggestive of some sort of clandestine debauchery behind closed doors. Think La Grand Bouffe, or perhaps Eyes Wide Shut. Mr Creosote’s pig-out in Monty Python’s The Meaning of Life at a pinch, with a sliver of Beluga replacing the wafer-thin mint.

And no sooner is there the remark “Give me a twerk” (honest, that’s what it sounds like, and if it isn’t Peter Kay will soon pick up on it) than singer Julia Boman is quoting Shakespeare, (“Shall I compare thee to a summers day?”)

Courtney Love would have been rightly proud of something like this.

An interesting band, pushing the envelope in their own way, and well worth a listen.