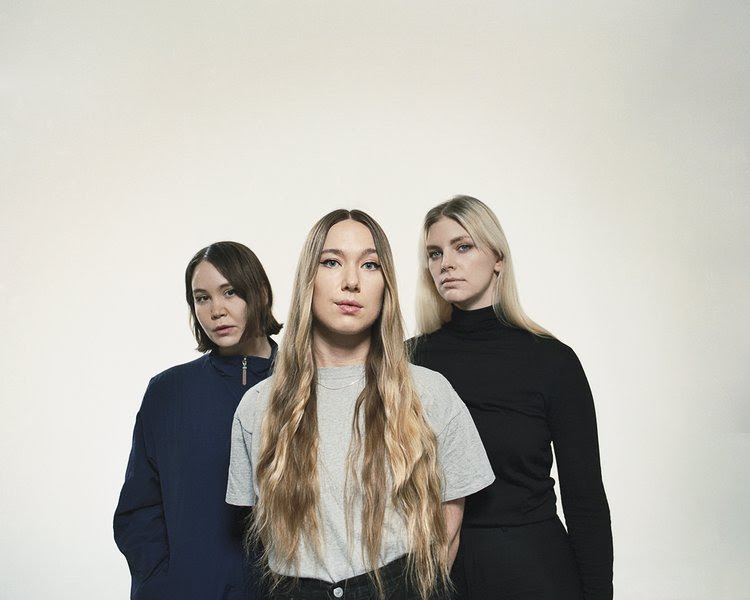 I have to be honest and say that when I saw the title of this track I expected Vero to be a girl band after the likes of Little Mix or Atomic Kitten. How wrong can you be?

Vero started life as three girls DJ-ing as a trio before deciding it would be more enjoyable to play their own music and forming the band. With prior on the rock scene it was a no-brainer as to what direction they would eventually follow.

Even so, at first they struggled to settle on one sound, because they wanted to try their hand at “every genre possible”. But during the making of their 2020 EP ‘Heaven on Earth’, they shifted from synthesised sounds to using guitars and real drums, preferring the ‘chaos’ they could produce with them, and saw the light.

This track is from an album, their debut full length, called ‘Unsoothing Interior’ and which will be released in May. It is couched in an aura of “unpredictability, excitement and curiosity” they say, emphasising their desire “not to be a perfect band” but to “write the best f****** songs and just have the best energy and show people that we’re having fun.”

Well, girls just wanna have fun, as someone once said.

And they had to be quick about it; writing and recording the songs in a studio paid for by the hour. It’s good to know there’s something else you pay for in that manner.

So the album is governed by crude guitar riffs but I had difficulty pinning down their style from this song.  ‘Cupid’ is grungy for sure, and there are undertones of punk, but the discordant guitar shreds are controlled to a degree that is almost prog-like. As if Vero was the bastard daughter of King Crimson and The Clash and they’d sowed elements of Arcade Fire’s ‘Month of May’ into ‘Cupid’, notably in the central section when it picks up a distinct and almost pop-standard melody.

Something of a ‘hybrid’ song which, just like a hybrid virus (to be topical for a moment) will soon get its claws into you.

Stupid Cupid, stop picking on me!

The single is out now, ‘Unsoothing Interior’, is due on May 6th, on vinyl, cd and digitally, on PNKSLM Recordings.