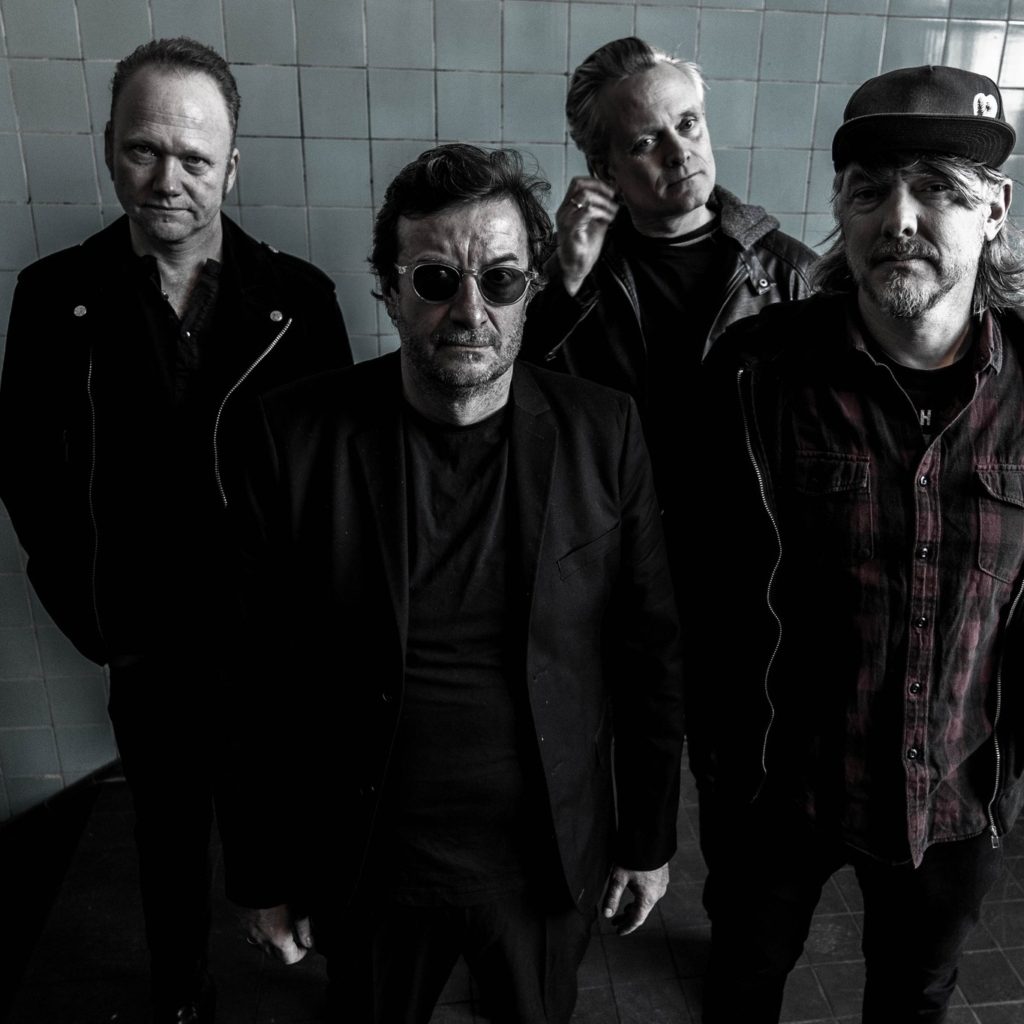 I put this forward for Video of the Week partly because I can barely understand a word of the song except that Edvard Munch plays a cameo role in it. Let’s briefly go over what I do know.

Falderebet is a Copenhagen-based band which translates as ‘At the last moment’ and ‘Hvorfra Kommer Tomhed?’ means loosely ‘Where does emptiness come from?’ Titles like that immediately put me in mind of philosophical soft American rock like Foreigner’s ‘I want to know what love is’ being segued into something desolate and depressing by Leonard Cohen.

The song was written by Bo Bech Arvin the vocal front man, and guitarist Henrik Berger, whom I believe to be a recent recruit to the band, and it is the last song written and recorded for their second album, which will be released in early May.

These guys are evidently deep thinkers, stressing over existential crises and the challenges confronting postmodern man. Bo Bech Arvin in particular, despite a privileged life with family and in his career, has repeatedly encountered feelings of emptiness. And they are already worried about their second album and whether it will be regarded as ‘the difficult one’. C’mon guys, you are not alone with those concerns, they haunt every band.

So the song is about existential emptiness, (or how we find personal meaning in the face of a finite existence) which you all knew of course. Bo Bech Arvin’s personal gripe is with social media which, he says, promotes the idea that everyone is leading a happy and successful life, that all is for the best in the best of all possible worlds, which of course it isn’t. This makes you feel like an outsider. And Camus’ The Outsider (L’Étranger) is of course one of the leading examples of an existentialist novel. Et voilà.

Interestingly, if you glance at their Facebook page these thoughts are almost encapsulated visually as each member of the band appears to give his little take on the making of the song. They could be actors from a Scandi Noir TV drama. Not the cops or villains, rather those shadowy ‘experts’ who appear every so often to do a psychological assessment of a villain, or of a cop (yes, you Saga) or to pore over the wounds on a body in a mortuary.

Sans le video, to continue with tonight’s French theme, ‘Hvorfra Kommer Tomhed?’ is a pretty good song in its own right. The style is part punk-pop, part hard rock and it moves along at a healthy pace, underwritten by a rhythm section which does its best to emulate a Russian tank on a day out in the Donbas. Then in the final section it morphs into a melodic rock anthem.

What we’re here for today though is the video. The story here is that at the end of January Falderebet launched a campaign on social media where users were encouraged to submit their own photos of ‘emptiness’ and what that meant to them. It brought about an “overwhelming” response and many of the images are recorded here.

One of the first things I was looking for, and the band seemed to have been also, were images that are overtly related to the pandemic and how a physical health issue became a mental one for so many people (not that a single numb head in any government is the least bit aware of that, even today).

But surprisingly there are few of those, or at least not to my eye.

There are too many of the images to list here but they do include a smashed wedding photo alongside one of a child (brilliant); big sky landscapes; council housing estates; a rattlesnake on a road; assorted graveyards, pedestrian tunnels; beaches; various alleyways in the hood; a windsock; a supermarket car park in the middle of the night; a derelict house, presumably inhabited by druggies; a flock of birds flying in formation like the Red Arrows; empty boxes in a warehouse; dead pigeons; and my favourite, a used toilet roll cardboard base still hanging on the wall.

And for most of the video the band members are superimposed alongside the images, all looking like they’d like to do a Munch and scream.

It’s all very arty and tasteful, the sort of thing they should be showing in the Tate Gallery, rather than Tracey Emin’s unmade bed; an image I might even supply to Falderebet for this campaign. It’s certainly empty, thank God.

The collection of photos continues, and selected photos will be used on the cover of the band’s forthcoming vinyl album – ‘En Dans på Roser’ (A Dance in Roses’).

The video is made public on February 25th and the single precedes the second album, which will be released in early May.