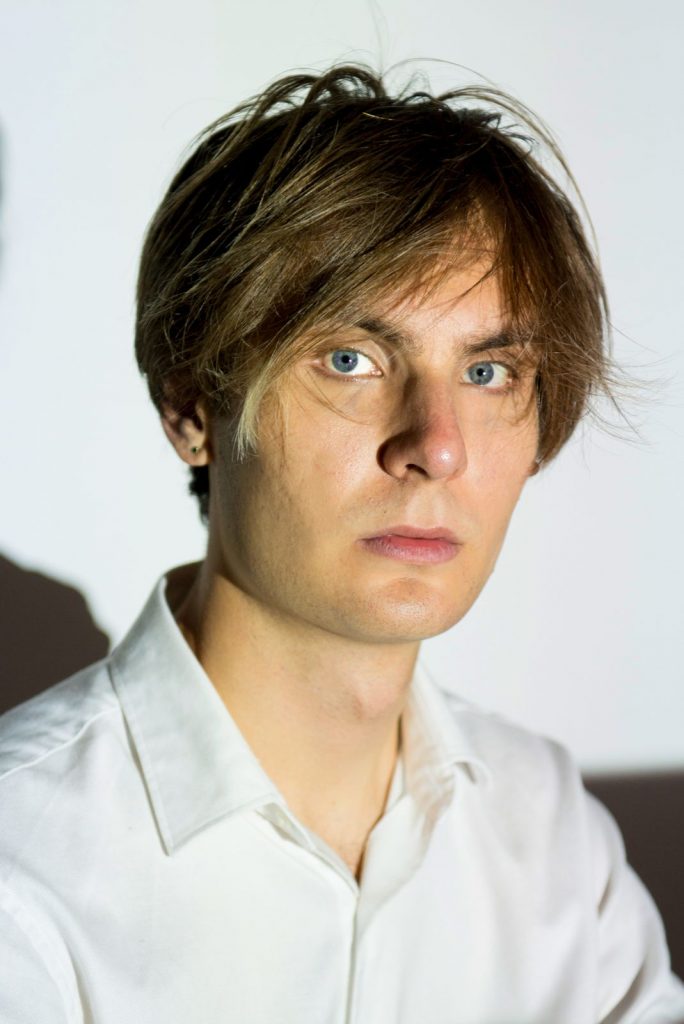 I’m still playing catch-up from a website malfunction that lasted on and off for two weeks, hence this belated post about Grimson’s video, released in mid-March (and the need to keep it short).

Moreover, Grimson (Aiden Berglund) is ‘on the fringe’ so to speak, being Swedish/American and living in Berlin – hence only partially ‘Nordic’ – but there’s more than enough here to prompt me to feature him.

There’s a Swedish word, smorgasbord, meaning a buffet of open, cold sandwiches, but in English it is also used as a euphemism for a very wide range of something. You could say Grimson’s influences are a smorgasbord, extending across early Bowie, Grizzly Bear, 10cc, Arcade Fire, Shins and Andy Shauf, Massive Attack, Neil Young and Radiohead, not to mention krautrock…and The Beatles, which will become evident in a moment or so.

That’s not so much a buffet as a 10-course meal, with as much wine as you can drink.

In ‘Household’, taking a nod from Sergeant Pepper it shifts from section to section, from ballad to rock, engaging Beatles-like string arrangements. I could go on at length about who it ‘sounds like’ throughout this journey but I’ll stop there because the Beatles analogy is the one with most significance. There are sections of the song which could have been cut from ‘I am the Walrus’ (except that was on another album of course).

And there’s a very Beatles-like line in it: “I am not so foolish as to bite the hand on which I am reliant”. Just a variation on an established theme you might say, but I like it.

The video is a smart one, another smorgasbord of what you might have expected from The Fab Four during that Sergeant Pepper era at least; Terry Gilliam’s Monty Python animations; Of Monsters and Men’s; and prog-rock album covers from the 1970s. (Think King Crimson and Gentle Giant especially).

Perhaps we shouldn’t be surprised. Aiden has a passion for design and animation, likely inspired by his mother’s work as a visual artist and illustrator. These interests led him to spend his undergraduate years learning to animate his own music videos.

Grimson is currently, and surprisingly, unsigned and is represented by a childhood friend, Jacqueline Resnik of Like Management.

Is no-one up for a Beatles-revival then? If Britpop can make a comeback (as it seems to be), why not this?