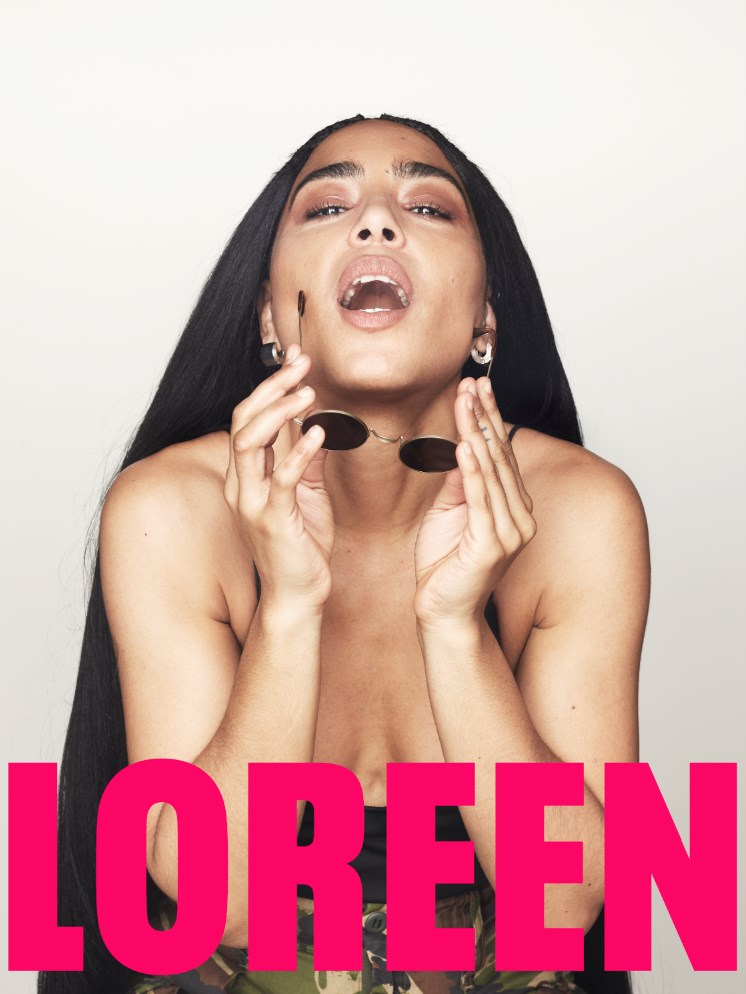 Video of the week – Loreen (Sweden) live show including ‘Euphoria’

With few new releases at this time of the year I was fortunate enough to chance on this video of Sweden’s 2012 Eurovision winner, Loreen in an open air performance prior to Christmas, and just a few hours before a British TV programme which debates which was ‘Eurovision’s Greatest Hit’.

I’ll get straight to the point on that. For me it was ‘Euphoria’, the 2012 Swedish entry – and winner – from Loreen. I reckon France Gall’s ‘Poupée de cire, poupée de son’, which won it for Luxembourg in 1965, and which was written tongue in cheek by Serge Gainsbourg, pushes it hard but that’s probably because I was hopelessly smitten with France Gall. ‘Euphoria’ is pure anthemic pop at the highest level.

Loreen – it’s a strange name, sounding like a loaf of malt bread in English but in Swedish it is pronounced Lor – ee – en. In actuality, she is Lorine Zineb Nora Talhaoui, the daughter of Moroccan Berber immigrants, born in Stockholm but raised in working class Västerås, about 60 miles north, one of the leading immigrant towns of Sweden and where quite a few bands and artists come from and/or live in. Sweden has a better record than most other European countries where immigrant family artists making it as professional musicians is concerned.

She made her mark initially by way of the Swedish Idol 2004 contest in which she appeared under another name, Lorén Talhaoui, but didn’t get too far in that and disappeared for a while. Then she turned up in two successive Melodifestivalen shows, which are elimination events for Sweden’s Eurovision entry selection. In 2011 she failed to qualify with a song she co-wrote, ‘My heart is refusing me’ but she popped up again in 2012 where she went straight to the final round with ‘Euphoria’, which was written by Thomas G:son and Peter Boström. She won that final round and went to the Baku Eurovision show to perform the song, which won with 342 points from 40 of the 42 voting countries and the most ever first place votes earned, receiving first place votes from 18 countries. Apart from Sweden, which couldn’t vote for itself, the only country not to award it any points was Italy.

‘Euphoria’ reached #3 in the UK and stayed in the charts for 20 weeks, highly unusual for a Eurovision song. It was also #1 in Sweden and Germany.

She tried for Eurovision again in 2017 but failed to qualify at Melodifestivalen with the song ‘Statements’. She is still very much in the business, signing to Universal in 2020 and releasing her first self-penned Swedish language single, ‘Sötvattentårar’ (which translates as Freshwater Tears) in March of this year.

What I can’t understand is why she isn’t one of the biggest names in the business. She usually writes or co-writes her songs, she is a fantastic vocalist, appears to have an engaging character, and is an all-round good egg that campaigns on matters such as education and human rights abuses, putting herself in the firing line in hostile environments such as Afghanistan and Belarus. And, yes, she still has the looks as well. It would be naive to say that doesn’t matter in the music business.

I have heard a couple of people in the business in Sweden say that she can be difficult to work with and often changes her production team. If that is so it might go some way to explaining her low profile.

There was no low profile in this performance. It was filmed in the Swedish town of Gävle, about 75 miles north of Stockholm. It’s a town I’m familiar with having attended several festivals there and one that has produced a multitude of artists and bands. The setting is the pre-Christmas 2021 unveiling of the Gävle Goat, that odd-looking structure you can see in the video. The Goat is a Christmas display made of straw, which is erected annually at Slottstorget (Castle Square) in central Gävle, and is traditionally subjected to arson attacks. Almost every year it gets burned down even though that deed theoretically carries a three-month prison sentence. I’m not sure if this year’s has been. If anyone knows, please tell me in the Comments.

Coincidentally, Loreen performs all three songs that I mentioned here – first ‘Statements’, then ‘My heart is refusing me’ and finally ‘Euphoria’; and all three of them with gusto, despite what seems to be very cold weather.

Having said that I don’t think her ‘Euphoria’ rendition here is the best so as a bonus, below this video I’ve posted another one, and it isn’t of her Eurovision performance. To be honest I don’t think that one was her best either. It was quite athletic as she skipped around the stage in bare feet and someone must have told her she had to have at least one dancer so dutifully one turned up towards the end to pick her up and throw her around like a rag doll. Even so, the performance was about as far removed from your typical UK Eurovision entry as GN-z11, the farthest detectable galaxy, is from the Milky Way.

This performance, freed from the shackles of athletic dancing, is way better. In fact it is one of the best vocal live performance videos I have ever seen and heard. It is billed as being from the X-Factor Romania, 2012, although I’m not sure how she ended up there.

It ranges from delicate ballad to anthem and back again and there is a section, from 2:35 to 3:00, where she’s almost playing with the audience, starting with the almighty reverse drop at 2:35. And the pitch change at 2:58 is simply out of this world.