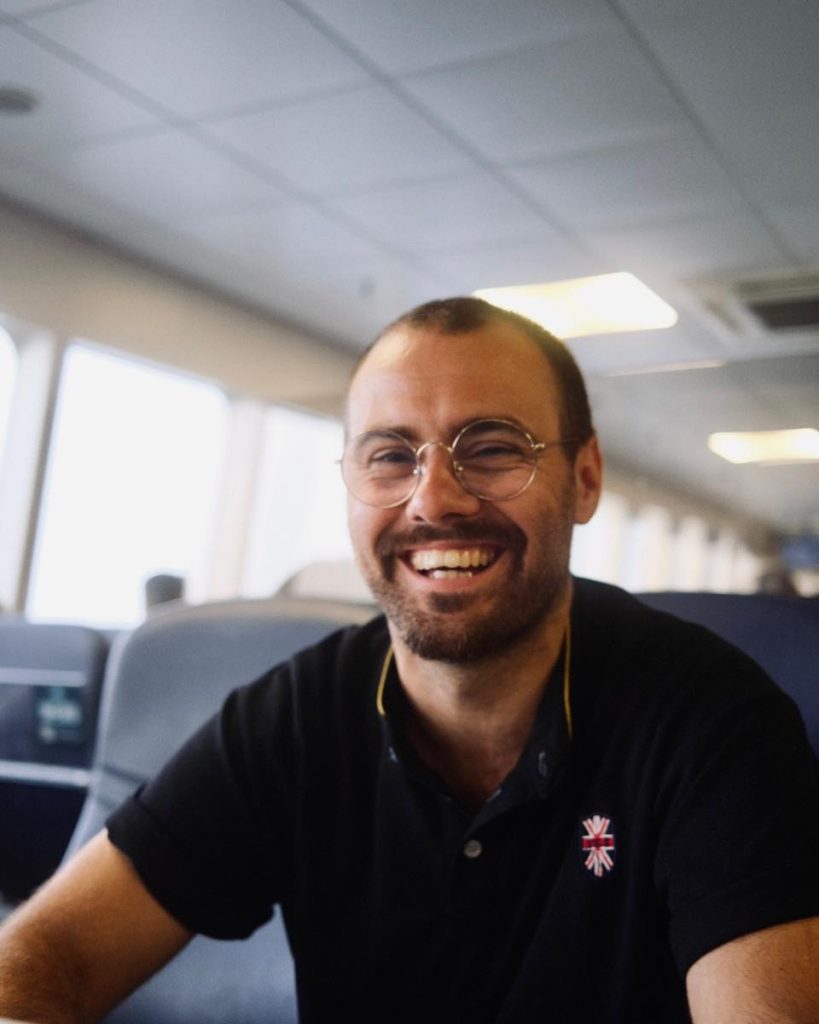 He a soundsa Italiano, no? In reality he’s as Danish as the Vikings, Lego, Sarah Lund and bacon with the name stamped on it.

Now I’m no card-carrying eco-warrior but this plastic in the ocean stuff is getting a bit scary isn’t it? They say there are five billion bits of it which is not that far off the world’s population (who counted them though?) and it manages to get into your blood trough the food chain.

And that’s Marc Facchini’s main beef. So much so that he wrote a tribute to Boyan Slat, a Dutch inventor and entrepreneur who has set out to clean the world’s oceans of plastic in what he calls The Ocean Cleanup Project. One that even spells out all the noughts in five billion and then starts a countdown to a hopeful zero at the end.

He observes, “We are not in the Bronze Age; not in the Stone Age anymore; we are in the middle of a plastic age” and speaks of “the phenomenon of doom very close to my life on several different levels.” Sounds like a script from Final Destination.

I’ll be honest and say that both Marc and Boyan Slat have got a job and a half on. That’s a task that would defeat Musk. I’m reminded of the immortal words of Jenny Lewis (in 2005) on her ‘Rise up (with Fists!!)’ – “You can’t change things, we’re all stuck in our ways/It’s like trying to clean the ocean/What, do you think you can drain it? /Well, it was poison and dry long before you came.”

Which sounds a tad more pragmatic. But there’s no harm in trying.

I won’t mention King Canute and his hopeless attempts to turn back the waves, even though he was King of Denmark for almost two decades.

It seems that Marc does tend to zero in on causes in his songs, and that his timing is just so. The first single from his forthcoming album – about refugee flows – ‘Betaler For At Puste’ (‘Paying To Breathe’) – came out in April this year just after Russia invaded Ukraine and the first reports of suspected war crimes began to emerge.

It was a hard-hitting dig at Denmark’s asylum and refugee policy.

There’s a lyric video accompanying this release, which is the second track from his fifth album, ‘Breve fra Babylon’ (‘Letters from Babylon’), which is scheduled for 11th November and which references through its title the fall and ultimate destruction of a kingdom.

Like the singles, the album is largely related to the world we inhabit – for now, he would argue.

The song is pleasant enough, with adequate melody to carry the message without overwhelming it. It conveys the feeling of powerlessness about pollution while finding optimism in the fact that there are actually some people who are trying to combat it.

The video is particularly notable for its hand-held nature and that it appears to have been drawn on recycled cardboard.

Now there’s no better way of getting an environmental communication across than that.