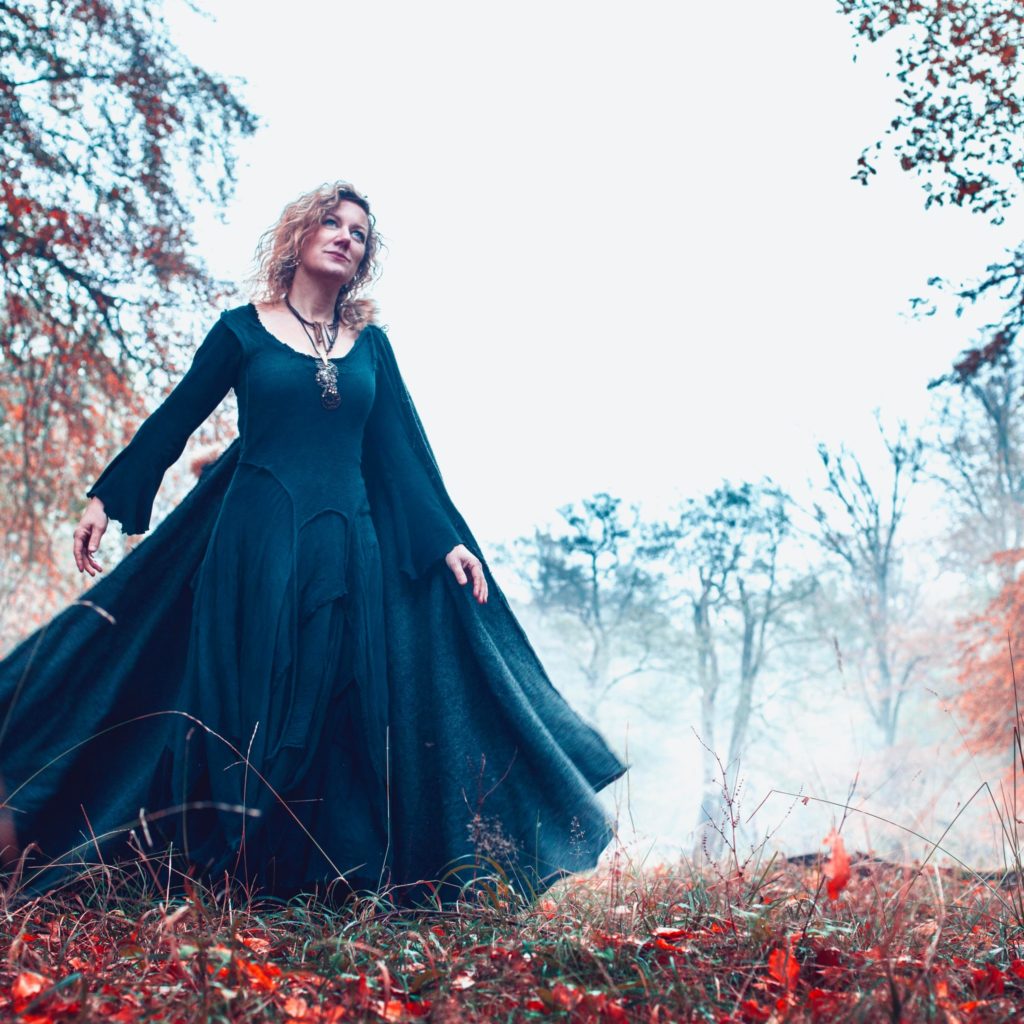 During the period the NMC website was down Danish ‘Nordic dark folk’ artist Nanna Barslev, who specialises in the interpretation of Nordic folklore and mythology themes, released her debut album ‘Lysbaerer’ and I reckon that the best way of playing catch-up is by showing this video for the third single from the album, ‘Sten.’

A video featured largely in the last track from the album/single of hers, Skjoldmø. In that one Nanna and a bunch of pals, the Danske Vikinger, enacted the Danish version of the Battle of Epping Forest, with no quarter asked or given. Videos are a big part of what she does.

‘Lysbærer’ translates as ‘Carrier of Light’ and is a reference to the celebration of the Sun and the Moon, lighting up the dark and changing seasons. The dark and light theme is the main essence of the vision in the album and follows on from a theme of chaos and cosmos from Nanna’s previous single ‘Skelfr Yggdrasil’ released in 2019.

‘Sten’ translates as ‘stone’ according to Mr Google, and there are plenty of stones in the video. But, there’s even more water; the rolling, churning waves matching the rising layers of vocals. If you were trapped on those rocks you’d expect to be swept away and that’s what you are in danger of from the pervasive vocal.

The sea/rocks combination also suggests the conflict of light and dark, one of the main themes of the album as a whole, although I was slightly bemused by Nanna’s comment about “letting the light work with the dark in the soul” being equivalent to “detangling blockages.” Personally, I’d recommend Cillit Bang for that.

On a more esoteric level she says the song “touches the spectrum between paganism and Christianity” and that it’s a theme that has inspired her since childhood when she sang in church choirs and (at the same time, if I interpret it correctly), searched for pagan beliefs. She composed the melody “as I imagine a pagan circle song can be sung for a ceremony and combined with a medieval inspired choral that also has a ceremonial purpose”.

You don’t get many of those in your typical Top 10 charts.

She also says “I made this song as a kind of healing meditative song” and I get that. The three minutes here is worth three hours on the psychoanalyst’s couch.

And she’s one of few artists who can mix experimental old Nordic singing techniques with underworld growling and whispering appropriate to metal music.

The album, which was produced by Fieke van den Hurk, who has worked with Eivør and TVINNA amongst others, is available now through By Norse Music. There’s a CD Digipack with a 20-page booklet featuring all lyrics and English translations, regular and limited vinyl editions with printed inner sleeve featuring all lyrics and English translations (coming on May 6th) are available in the By Norse online stores.