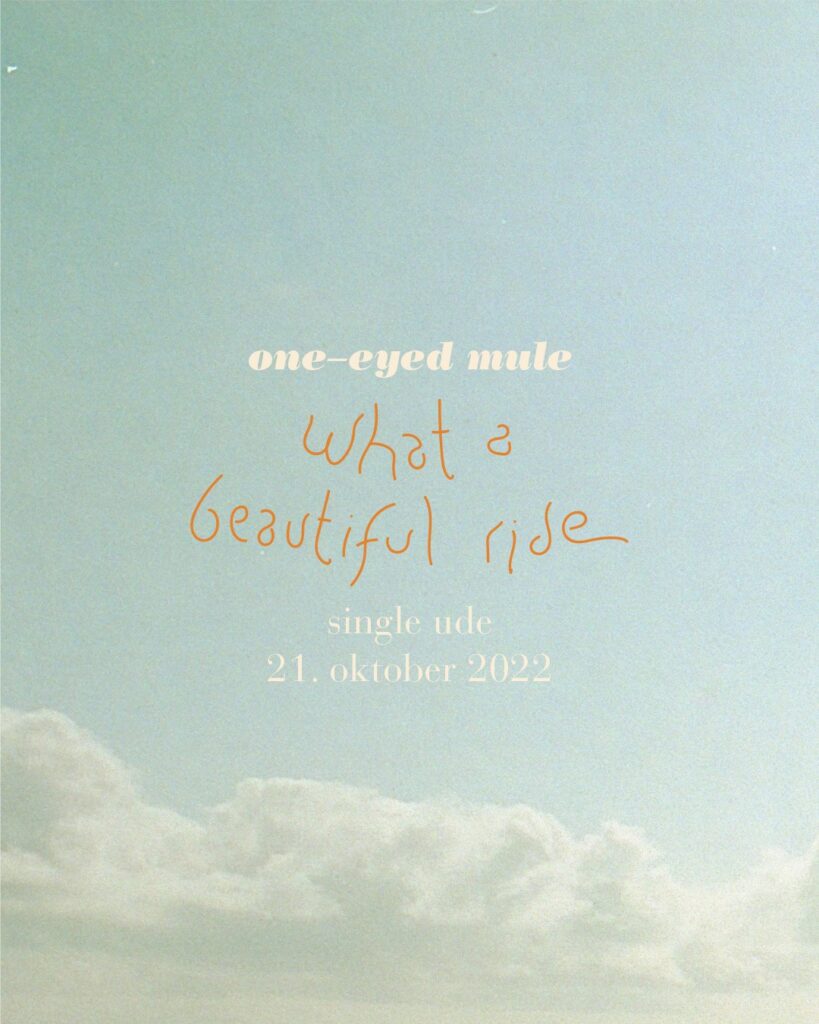 Sorting through a blizzard of submissions (is there anyone not releasing material right now?) I came across this song and video from One Eyed Mule which was inspired by A-ha’s seminal one for ‘Take on me’ back in the 1980s.

I could hardly ignore such a pedigree because that video was as groundbreaking in its own way as were songs like ‘Virginia Plain’ and ‘Big Yellow Taxi’ and albums such as ‘What’s going on?’

It’s ever so slightly disingenuous to compare the two because they were produced in different ways and while the ‘Take on me’ video tells a distinct story, ‘What a beautiful ride’ is the band playing the song to a backdrop of an amusement park ride.

Nevertheless it is skilfully done and there is a hidden message in the video as they describe it as “a tribute to the life that we hitchhike through to the best of our ability… (which) is not a ‘free ride’ but a journey where it is important to make an effort to remain open to the magic of the moment – to simply strike sparks and create light in ourselves and our fellow human beings”.

The song ticks all the boxes. There’s plenty of melody throughout, a memorable synth riff, great rhythmic interplay between bass and drums and it builds to anthem status by the end.

It’s danceable too, but if you prefer to mull over the meaning of songs rather than shuffle your feet to them there’s plenty of opportunity for that.

And in the singer, Rasmus Dall, they have someone with the attitude of Liam Gallagher about him.

The video was produced by Mads Bøtker Hansen.

‘The album ‘Bird of Passage’, which will be the band’s sixth of its kind, is set to be released on 25th November, and in January it will be followed by a Danish tour of eight concerts