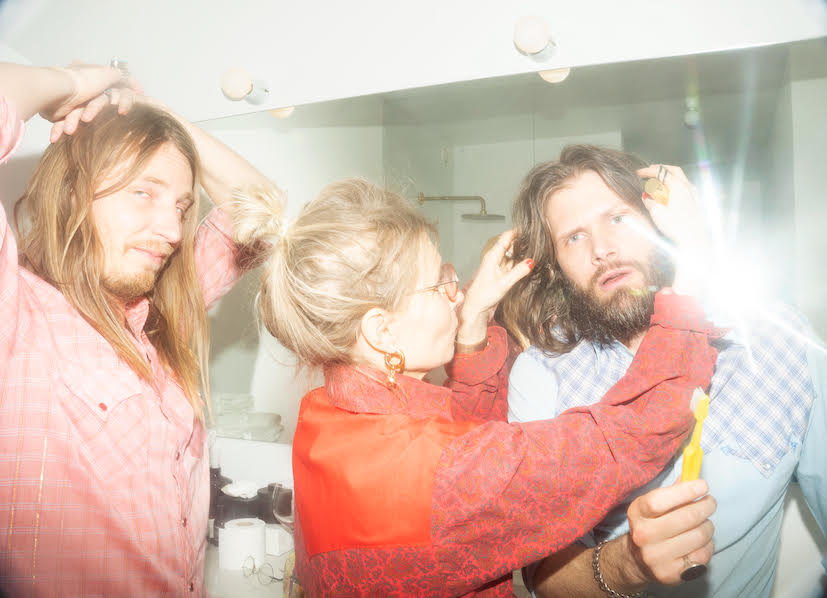 The first appearance in NMC for ViVii but I’ve covered the trio many times before and have always been impressed by their melodious take on dream pop-cum-psych, and their innate ability to blend analogue and digital sounds.

This song, ‘Wrap your arms’, was written originally as an instrumental and ViVii say they would have preferred to keep it that way but “couldn’t help” putting lyrics to it. The song was written at distance during pandemic lockdowns by way of online meetings. (Isn’t it just great to know that others had to do that)?

Almost as a consequence of that it’s a song about loving being alone but also hating it which are, no doubt, the same mixed emotions that many have come to recognise over the last two years.

‘Wrap your arms’ follows the same format as most ViVii songs; it’s as dreamlike as you’d expect if you’d polished off a couple of strong lagers, then had a Radox bath, followed by a cup of Horlicks while watching ‘The Repair Shop’ on TV for half an hour before turning in nice and early. British readers will get the idea.

Except that this time there’s the most prominent bass I’ve ever heard on a ViVii song, and it’s so clear that it’s almost playing a tune of its own.

I was reading some PR about them and it quoted various comparisons made that matched ViVii with ‘the influence of Fleetwood Mac’, 60s American surf rock, German techno and Britpop. Truth to tell, you’ll probably be able to find all of those on one or more of their songs, but not this one. This is pure, unadulterated ViVii

They are currently playing sets at SXSW in Austin, Texas.

As this is their first time here, a brief introduction. ViVii consists of Gothenburg husband and wife Caroline and Emil Jonsson and the ‘quiet man’, the producer and multi-instrumentalist you often don’t even realise is there; Anders Eckeborn, who hails from Uppsala, north of Stockholm, which is where their music is recorded, in Anders’ studio on an industrial estate by all accounts.

‘Wrap your arms’ is available now on the Dumont Dumont label.