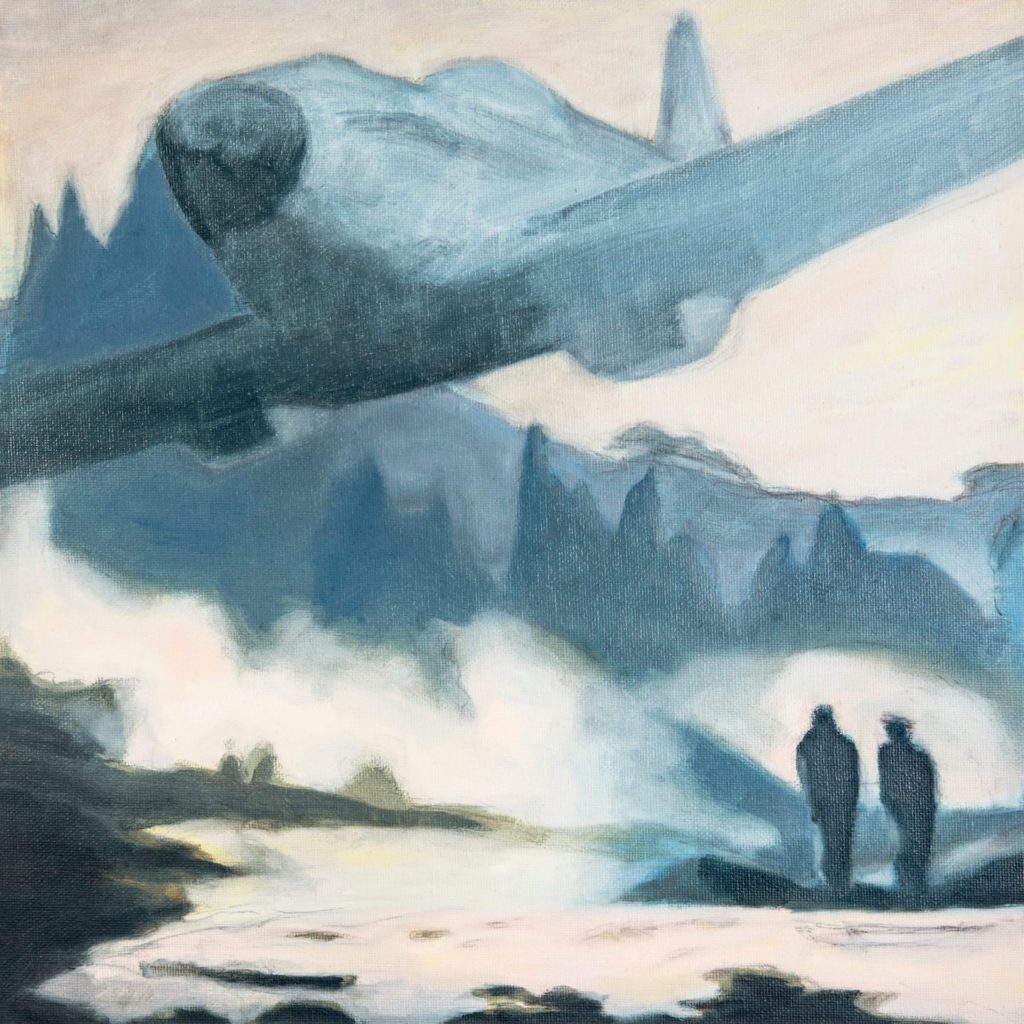 When you’re asked to write about “this piece of art” it’s hard to resist the challenge. It comes from VON KONOW and is the second single from a new album, which will be released next year.

VON KONOW divides his time between Finland and Portugal.

The album actually consists of eight works, each observing existence in a subtle way and with a delicate societal critique targeted at normalisation and unity but VON KONOW is keen to stress he “does not preach any truth or doctrine”.

His approach of synthesis (which I interpret here as the standard “the combination of components or elements to form a connected whole” has roots in European art and philosophy and is guided by intense curiosity in whichever art form he is working: music, writing or painting. His strap line is ‘what lies beneath, above and ahead of us’? Which sounds like it might have worked in the same way for Twin Peaks.

By now I feel like I should be presenting an arts programme on BBC3 so time to get to grips with the song. But before I do, a quick word about the artwork. It’s a little surreal. For the previous single release it was an image of a giant rabbit which has apparently tipped over the Parthenon.

This one features what appears to be a Second World War fighter plane casually flying over two people in a valley. Is it a pleasure flight or a wartime image where the ground combatants somehow haven’t realised the proximity of the fighter? In which case they should really be horizontal, not vertical. “Observing existence in a subtle way”. Quite.

Musically, right from the off, it’s a full-blown, in your face, heavily orchestrated movie score-standard piece, enlivened in its latter stages by horns, which I’m glad to see making a comeback with so many artists, while vocally VON KONOW’s sonorous deadpan delivery could be the The Divine Comedy’s Neil Hannon.

Lyrically, well I’ll lay my cards on the table I don’t know what they mean and it could be it was written deliberately vaguely to encourage multiple interpretations. It’s certainly evocative and the best shot I can make, as I often do, is to explain what ‘picture’ it paints to me because that’s really all that matters, as it will be for you. And that picture is of traversing an untamed region, for example the Icelandic Highlands, a barren 200 kilometre north-south trek which you aren’t even allowed to attempt to cross in winter, even today.

“There’s no one to tell you where/the wild begins/In this place we are, I am, you are/Over and over

Stay with me, we go into the wild/a dark tale in which our names disappear.”

So has he achieved his aim of observing existence in a subtle way, at least on this track? Well anything which poses more questions than it provides answers must satisfy that criterion.