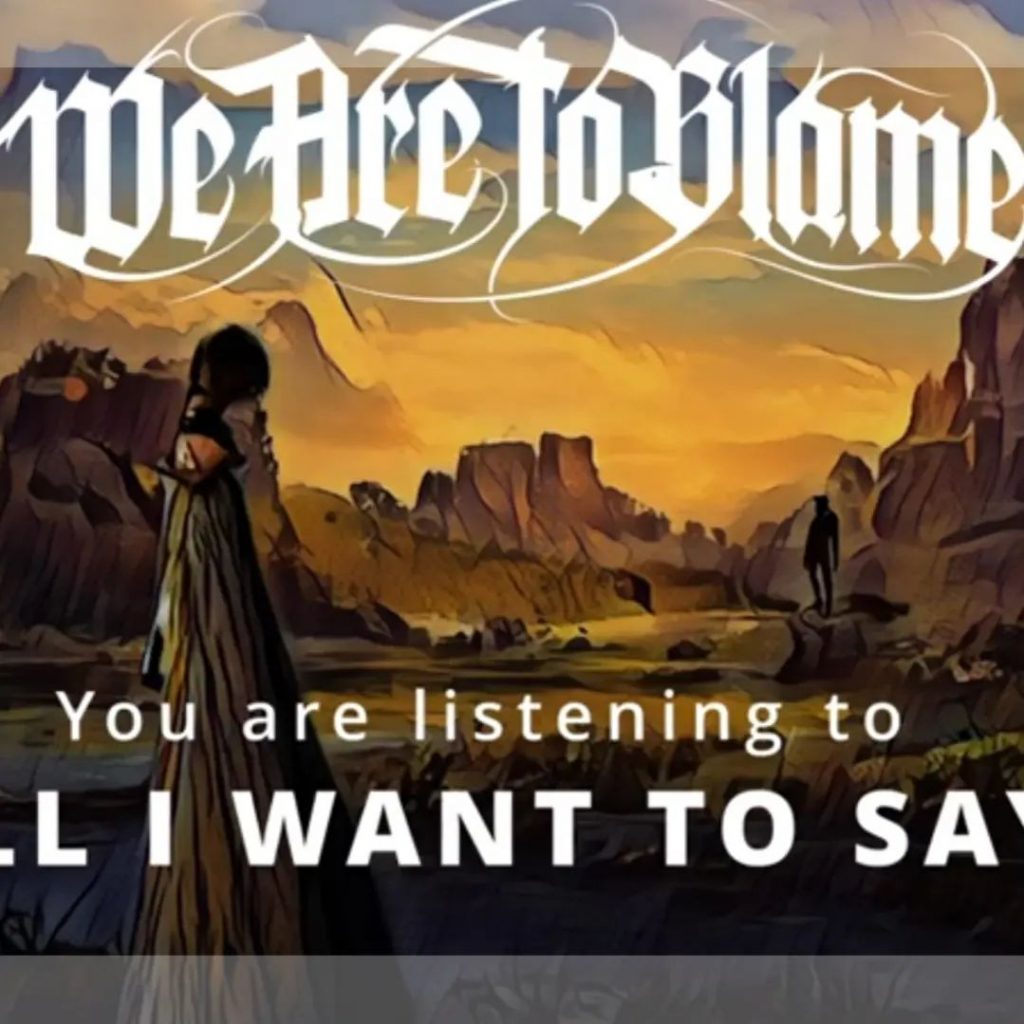 The weekend’s coming, temperatures are ‘back to normal’; let’s celebrate with some Swedish metal.

We are to blame  are a couple of blokes, Johan Karlsson and Urban Granbacke and a lady, Alice Hartvig, and they are from Gällivare, which is about as far north as you can get in Sweden without falling off the edge.

This is only their second single by all accounts but they more than make up for the lack of product to date with an eight-minute epic and one which features Tom Englund, the vocalist and guitarist of Evergrey, the vocalist of Redemption and vocal contributor to a swath of bands over the last couple of decades. They describe themselves as “a mix of power, melodic death and progressive metal.” Melodic death? Hm.

A series of fairly standard metal riffs holds the song together throughout but there is plenty of melody there. The vocal interplay between Tom Englund and Alice works just dandy (you’d never know she had no prior experience of the metal genre), and especially when they harmonise.

Is it too long? Let’s consider this. Many metal songs are very long, as they tell intricate stories. I was watching a video in which Troy Donockley of Nightwish was introducing a song during their current tour and he began by telling a story about the band asking their US agent why they weren’t better known in that country. The answer was “you play weird instruments” (which he does) and “your songs are too long.” And that’s a band that’s been around for 26 years, writing long, tuneful metal songs.

So one might conclude that it is a problem We are to blame will have to deal with and I’m tempted to suggest that ‘All I want to say’ could have been curtailed around the 4:35 mark, where an uninspiring piano bridge, a replication of the intro passage, comes in. But what happens next is what sets this sort of music apart.

The final third takes off into an almighty anthem with symphonic overtones. While it never quite reaches the ecstatic killer crescendo you’re expecting you get the impression that it won’t be long before they’ll find the formula to do that and from then on there’ll be no looking back.

The band is working on releasing their debut EP. The single is streaming now.

Ignore them and you’ve only yourself to blame.