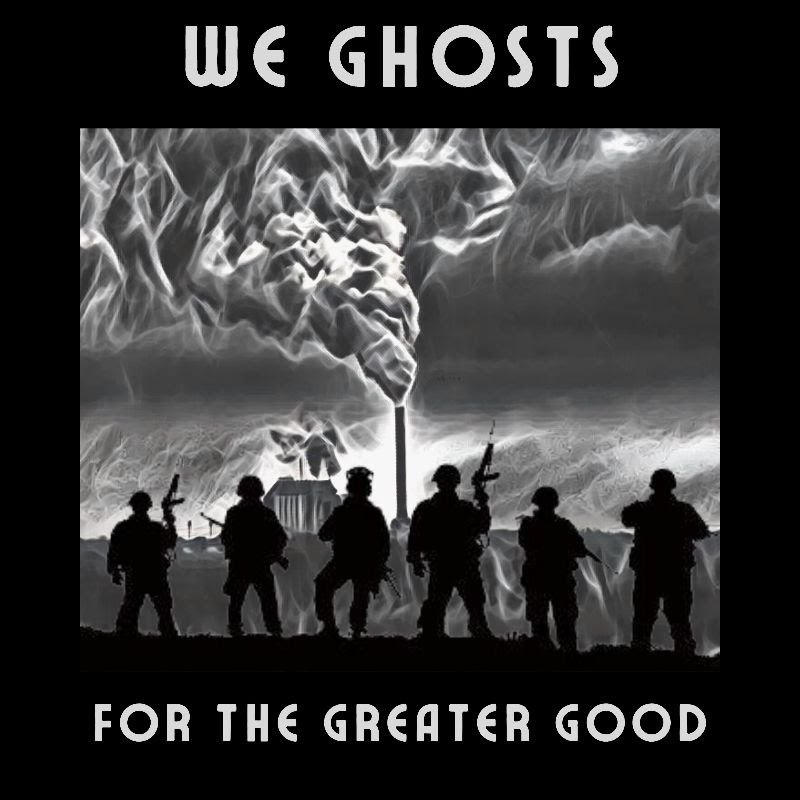 An unusual Swedish/British mix here, the Swedish element – Jenny Woodall, (or J.J.) Woodall (with an awfully English name, I wonder if she’s in any way related to fashion guru Trinny?) and the British one being John Christopher.

Jenny, born in Gothenburg and growing up in an artistic family, is the main lead singer and rhythm guitarist while singer-songwriter and multi-instrumentalist John, whose influences include Nick Drake, Django Reinhardt and Ry Cooder, was touring Europe and ended up in Sweden, where he met Jenny in a studio in Gothenburg. He was so impressed with her voice that he suggested a collaboration which eventually became the band We Ghosts, taking the name from a song which had been a part of his repertoire for some years.

Dividing their time mainly between Scandinavia, the UK, France and Holland and playing hundreds of gigs a year in normal times, they blend elements of pop, blues, jazz, soul, reggae and rock.

There’s something a little eerie, dystopian, even post-apocalyptic, about the song and considering that ‘For the greater good’ is released during the most dangerous period of international relations for decades it is distinctly apposite.

“Never let it be forgotten, never let it be unsaid/That the symbols that we carry protected you from the dead” intones J.J. All very Dan Brown.

There’s a 60s feel to the melody line, the striking guitar chords working with the bass guitar to produce something with a strong flavour of The Shadows.

The duo released, as part of their promotion, what looks to be part of the lyrics to the song but actually they aren’t; rather they form a ‘statement’ explaining the reflections and thought behind the lyrics:

“For The Greater Good/ the sentiment so many governments and institutions have to abide by politics of necessity/the reality of critical mass/Also, no state is without sin/and all nations tell themselves stories/of why those sins had to be committed/ or else deny them.”

A comment on Putin’s Russia? Or a broader thesis on action and denial? Your call.

We Ghosts premiered the song at a show in Macclesfield, England on Friday 13th May (when else!) at a venue called The Wharf where they have played several times before by all accounts. The selection of that venue wasn’t entirely coincidental for that reason, and Macclesfield was of course the home town of Ian Curtis of Joy Division, whom several artists on the label issuing this song lauded on a tribute song, ‘Ian Curtis reached heaven long before me’ a couple of years ago, and more recently re-released as a reggae version.

There seems to be an affinity growing between Sweden and Macclesfield and I reckon Ian Curtis would have appreciated this song, too.

‘For The Greater Good’ is their second release on the Swedish label, COMEDIA. In the near future, more single releases, an upcoming album and a resumed extensive international tour await the band.