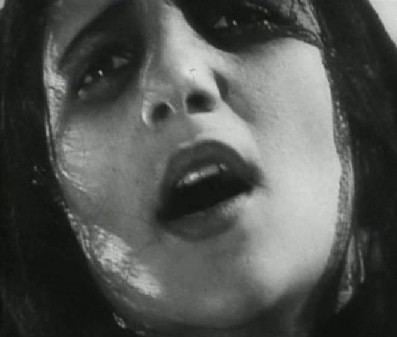 I selected a Ukrainian band for this week’s ‘Intermission’ and this second one follows on automatically from it.

The band, Mist Tower, are from Odessa, the Ukrainian port city which is the setting for the film ‘The Battleship Potemkin’ which is based on real events from 1905 when a workers’ uprising was supported by the rebellious crew of the Russian battleship Potemkin which was in port. The incident is regarded as a precursor to the 1917 Russian Revolution.

Sergei Eisenstein’s famous motion film commemorated the uprising and included a scene where hundreds of Odessan citizens were murdered by Cossack Guards, on the great stone staircase now popularly known as the Odessa Steps or Potemkin Steps, in what became one of the most famous scenes in motion picture history in a film regarded as one of the most influential ever.

About a decade or so ago, someone in their wisdom stitched together sections of the film to Arcade Fire’s ‘Intervention’, an anti-war song from their second (and to my mind best) album, ‘Neon Bible’. It was also an anti-Church song, concocted by Win Butler and Regine Chassagne, but it’s the war element which is appropriate here. I doubt that Butler and Chassagne, both very liberal and politically active, could ever have imagined a situation like today, when an imaginary threat from what America has “become” has been utterly sidelined by a very real threat underlined by foreign malign intent.

Both the film and the song are very powerful individually. Together they combine into something a little bit epic and very special, perhaps my favourite film/song mash-up of all time. (Incidentally, there are others, the song was also cut to sections of the dystopian film 1984, for example, which in its own way is equally apt just now).

The organ in the song sounds as if it should be in a Cathedral somewhere but actually belongs to a suburban Montreal church.

The video, unfortunately, is of poor quality but the original film was made in 1925 and hasn’t aged well. There was an enhanced quality video re-master made public a few years ago but it seems to have disappeared now.

This film/song combination marks a pivotal moment in history involving Russia and Ukraine, which were at war between 1917 and 1921. Perhaps we’d all benefit from another Russian Revolution today.

Interesting fact about the film. The woman pushing the baby carriage who is shot is Beatrice Vitoldi, a Soviet actress actually born in Italy. This is her only film. Interested in both politics and art, after her family moved to St Petersburg she was introduced to Sergei Eisenstein, who is also from that city, and he cast her in the role.

In 1931 she became a Soviet attachée in Italy. In 1937 she was recalled to Moscow where she was arrested and tried during the Great Purge, never to be heard of again.