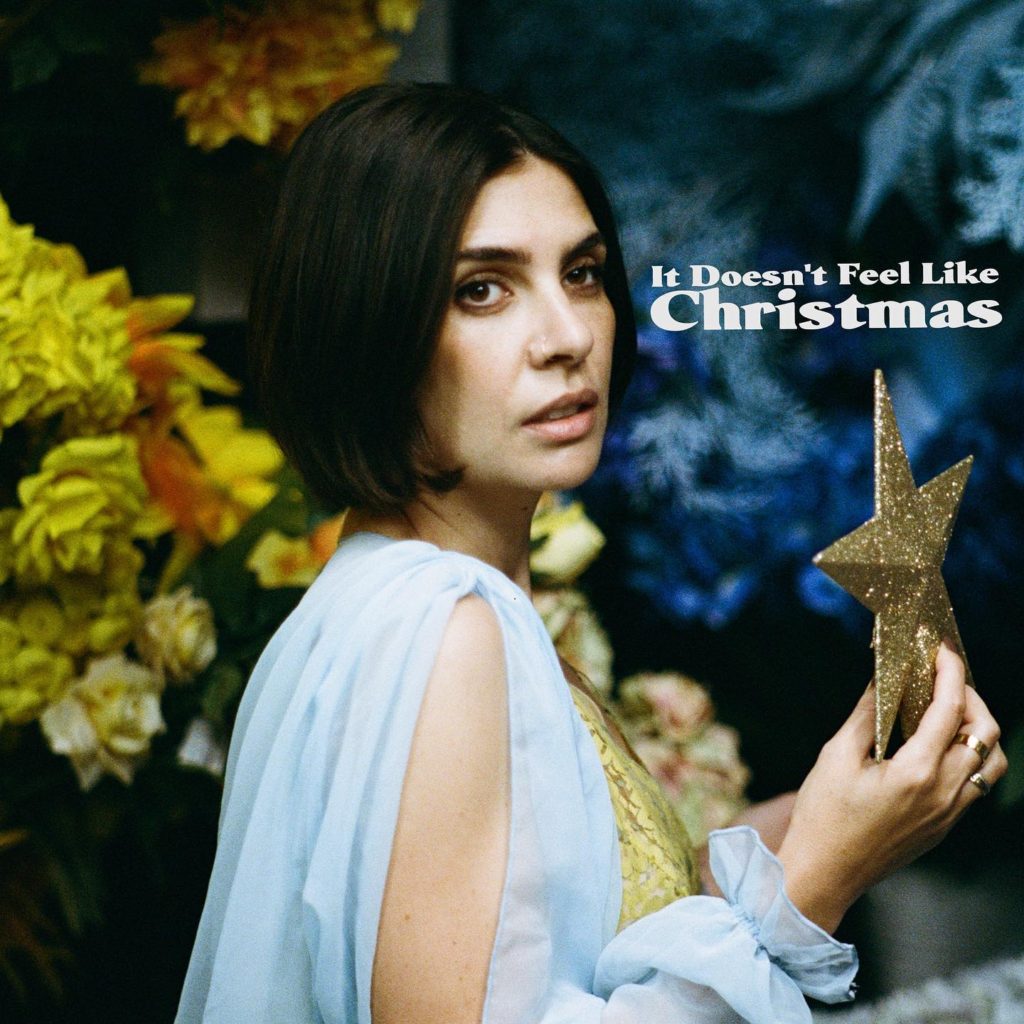 No, doesn’t it just not feel like Christmas. A few years ago I used to delight in choosing my favourite anti-Christmas record of all time whenever I got the opportunity and it was always the same one.

No, not Greg Lake’s ‘I believe in Father Christmas’ (that’s quite good), and certainly nothing by Slade or Chris Rea, or George Michael, or Mariah Carey or anything else they’re playing incessantly on the radio right now. Rather it was (and is) the excellent reggae ‘Black Christmas’ by Poly Styrene and featuring her daughter Celeste and based on the 2008 mass murder at a Christmas party in a Los Angeles by a relative dressed as Santa Claus who wished nine of them Merry Christmas before blowing them all away as they say in the good ol’ USA. Ho, Ho, Ho!

It’s so good I’ll run the rule over it sometime this month if I can.

I’m always on the lookout for others and I thought I might have found one with this, Lisa Caruso’s ‘It doesn’t feel like Christmas’.

But it would be unfair to class it with Poly’s sarcastic take on the Nativity; Lisa takes a more positive outlook despite the title, eschewing self pity as far as possible while hoping the song “brings some comfort to those who have recently experienced loss and heartache.”

It isn’t unusual in that there have been many songs with this title, or with the words included in the lyrics – which can be bit risky – but it is unusual in that the melody is built around an organ, an instrument that seems to have gone out of fashion latterly. Or it might even be a Chamberlin; it’s hard to tell. Whatever, it’s a throwback to the past and is guaranteed to grab the attention of young listeners who don’t know what it is because they’ve never heard one.

Then there’s her vocal style. It’s easy to be lulled into thinking that every female Australian singer sounds like Kylie or Natalie Imbruglia or Delta Goodrem, or Sheila Omicron (made that one up). Of course they don’t all fit that mould, as the likes of Courtney Barnett, Olympia, Gordi and others will testify. But Lisa is different again. There’s more of an American feel to her voice – which is very accomplished by the way – and even to the arrangement of the song with a heavy keyboard input and percussion that might be coming from the sophisticated sticks of Charley Drayton.

If this gets just a little national airplay here in the UK I have a feeling it could take off and that pretty well goes for anywhere else.