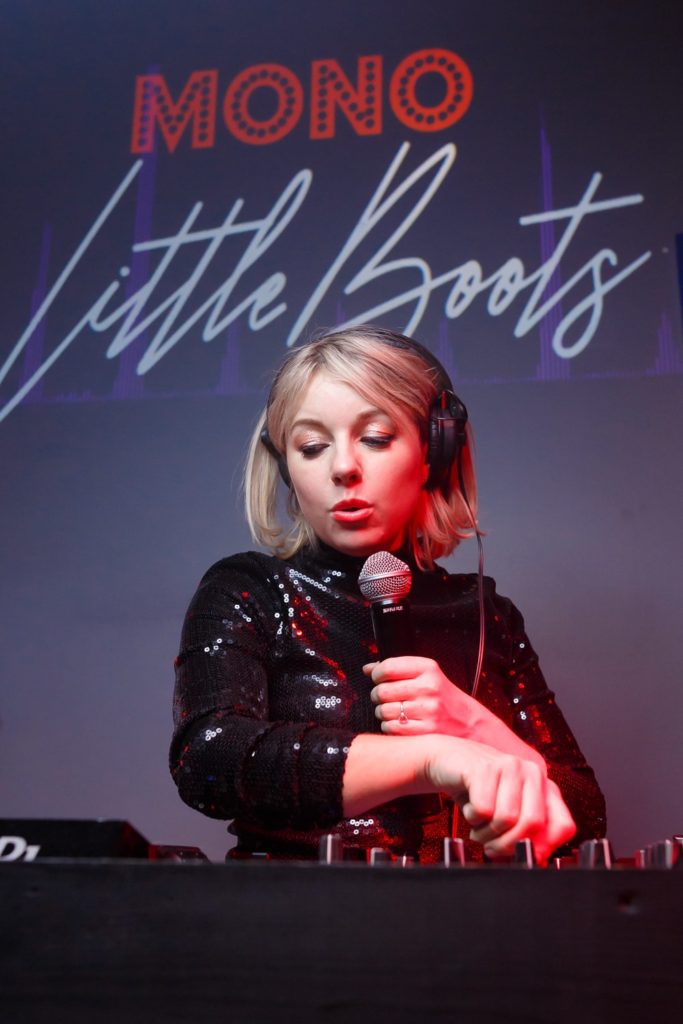 I recall Blackpool’s Little Boots came to prominence somewhere around 2009 along with the likes of Florence and the Machine, Emmy the Great and other female singer-songwriters I followed at the time. I vaguely remember Victoria Hesketh (her real name) appearing on an episode of Later With Jools Holland, where the host was impressed with her ‘left hand’; a preoccupation of his.

Then I lost track of her but was intrigued to see her turn up again with this, a single and video, which is a little late as I’ve had albums and all sorts to deal with. Nena might have 99 red ones but you can’t beat a couple of Blackpool’s silver balloons.

The PR says this track “marks a return to the artist’s original true DIY disco pop roots, with Victoria not only penning the track but also stepping up as a producer for the first time.” Interesting that it should be released on, On Repeat Records.

I have to say that I’m sure I remember more complex electro-pop songs than this in her early days. She seems to have gone back to her roots and then some, with ‘Silver Balloons’. I don’t intend that as criticism in any way, it’s just an observation.

Moreover, she seems to have forsaken her keyboard gadgetry of yore, which included the Tenori-on and Laser Harp in favour of a common or garden Korg.

She wrote the song in Blackpool and felt obliged to have the video filmed there, fish ‘n chips and all, in what I suppose is a modern day equivalent of a Bamforth postcard without the sauce.

An undemanding song with a pleasant and memorable melody line, her usual sweet vocal delivery and just a hint of that little extra she brings to the keyboard in the piano accompaniment. What more could anyone want?

Well gigs, for sure, and there are two coming up this month, in Manchester (Deaf Institute) and London (Bethnal Green Working Men’s Club, where she might be able to find the same culinary delights that exist on Blackpool’s piers).

Oh, and she’s taking part in the Abba ‘Voyage’ concert, where she will be singing backing vocals, playing live keyboards and synthesisers.