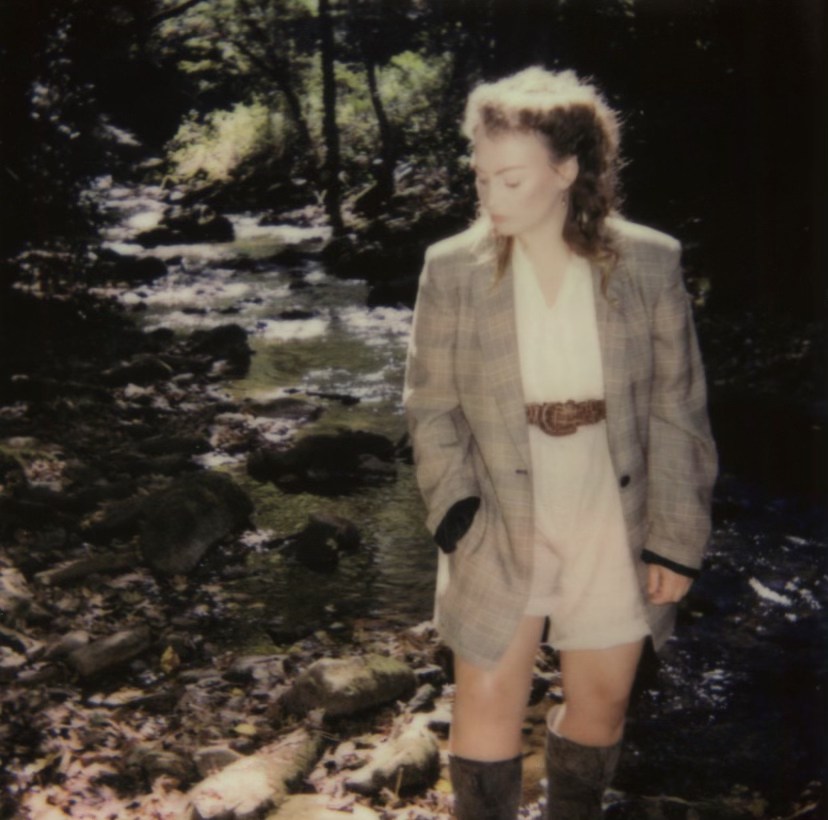 Robbie Williams was strutting his stuff at the Arena but I was loving an angel instead.

Angel Olsen is one of a triumvirate of top notch US female singer-songwriters, along with Sharon Van Etten and Weyes Blood, who are writing and performing at another level in my opinion and whom I’ve wanted to catch live for ages.

I’d heard that Angel has a sharp sense of observational humour on stage but that didn’t fully come across on the night and that I think was partly because of the gulf between US and British culture. Some of her little asides weren’t fully appreciated by the audience and likewise some of its retorts went over her head, too.

And she had some fun with attempts to mimic the Mancunian accent, which fell completely flat and made her sound more like a cockney barrow boy.

One thing for sure, she has one hell of a mouth on her. The opening introduction was ‘Hello fucking Manchester’ or words to that effect and as the night went on it quickly became clear that she could swear for the US in the Olympics. While Lady Gaga’s followers are ‘Little Monsters’ and Aurora’s ‘Warriors’, we are ‘Little Fuckers’.

But less of the profanity. We’re here for the music and you can’t fault the show Angel and her super tight band put on. Most of them have been with her for years and in live performances that always shows.

This tour is mainly to promote her new album, ‘Big Time’, which trends towards an Americana feel – she’s capable of changing her style so easily – and is reflective of changed circumstances in her own life including coming out and the death of her adoptive parents. It’s as if she’s putting to bed a chapter in her life and moving on, but unable to do that with the angst that pervades her life.

Otherwise, there are a couple of songs from each of two previous albums and a cover or two.

The album is excellent, the performances from it on the night excellent, but I’ll focus on a few historic tracks that made my night.

Firstly her biggest hit, ‘Shut up Kiss me’ which sounded oddly dated on the night. She’s in the habit of telling a little story before she performs it. Sometimes it concerns a stranger she’s been chatting to randomly who just happens to be a songwriter and who pens a new song for her on the spot. Just like that. Tonight the tale is of her killing time in Manchester, bar-hopping and watching a film before retiring to her hotel, getting bored and challenging herself to write a new song she can perform tonight, with minimal rehearsal required from the band. They all nod agreement that she’s come up with the goods.

After that the song, which turns out to be ‘Shut up Kiss me’,  is something of an anticlimax but the storytelling reveals a Sarah Silverman-type humour that I’d like to hear more of. Perhaps she should give stand up a try.

Secondly, ‘Lark’. Frankly, I could have turned up at the Albert Hall just to hear this song, which I rate as possibly the best ever of its type. The performance was absolutely magnificent, the finale an explosion of keyboards, guitars and wailing strings as Angel hollers out the finest, most concise set of lyrics ever to expose shattered ambitions:

Strangely, the audience reaction to it was a little muted, although the staggered ending probably contributed to that.

She should always finish with ‘Lark’ in my opinion – I can’t think of a finer performance of a single song that I’ve seen in years.

Finally, the encore, which was ‘Without You’, and the second cover in a row on the night; you don’t often hear that. Originally written by Badfinger, the song is still mainly credited to Harry Nilssonfor his heartrending version and along the way it has been butchered by a selection of artists including Mariah Carey, who drowned it in melisma.

There was no butchering tonight. The song is a karaoke favourite and there’s always the temptation to treat it as such but Angel’s take was perfectly on point, finishing with a staggering note and I’m sure the band appreciated as much as I did how she left the stage so they could play it out.

The question is why she chose it. Your main takeaway from any concert is often the last song. Does it say something about her present situation that her own songs don’t?

To paraphrase the lyrics, one thing I know for sure is, ‘No, I can’t forget this evening/or my face as I was leaving.’

Kudos to the sound engineer who got it pretty well perfectly right on the night. In my usual perch at the back of the Albert Hall’s mezzanine I’ve experienced songs that I couldn’t decipher even though I knew them well. Not tonight. Alles was klar.

And to her band. I was especially taken with the strings section of violin and cello, two of the most dynamically watchable players you’ll see while the cellist has a gorgeous smile to boot.

There were times tonight when Angel came across as a caricature of herself, a little larger than life perhaps, but the musicianship on display, as well as the passion inherent in her songs, ensured the show was worth many times the ticket price.