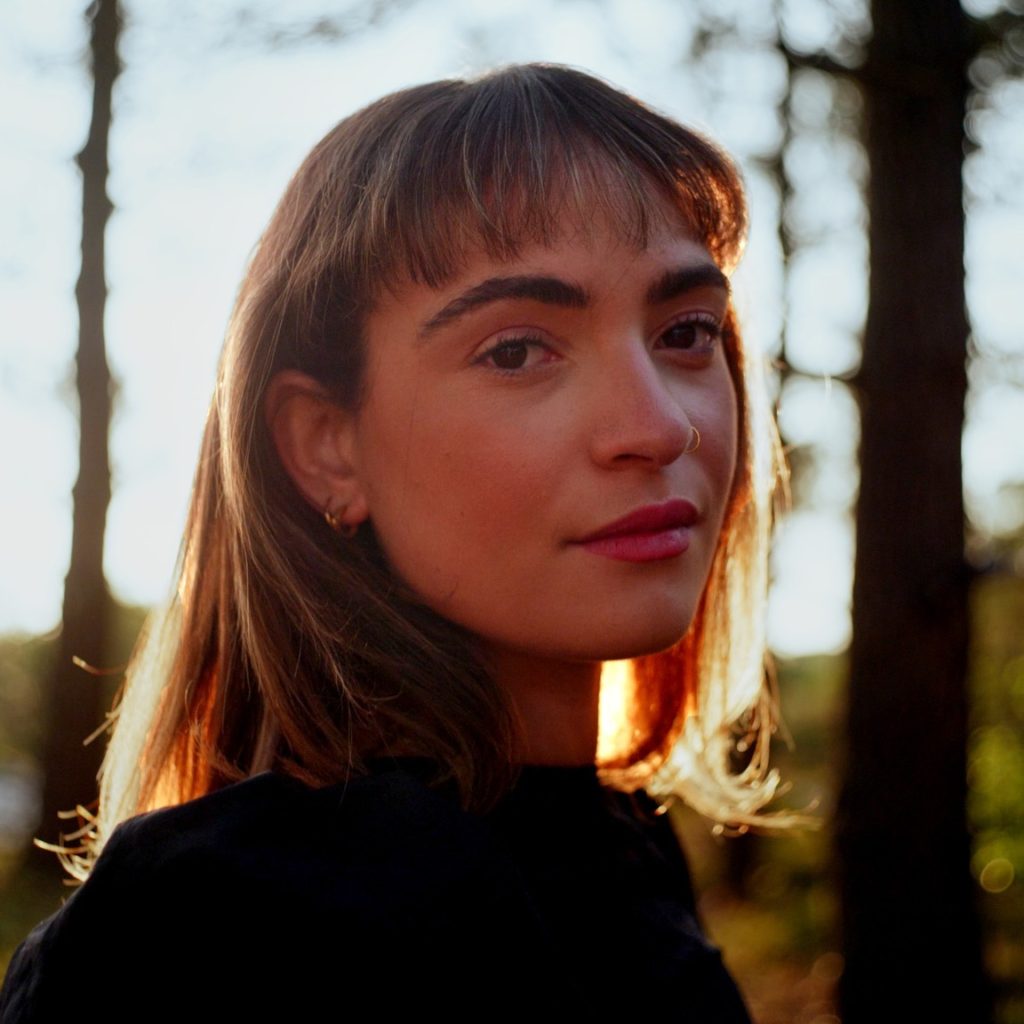 For the second Weekend Intermission of this particular weekend we’re entering unchartered territory with new music by way of the debut single from Surinamese/Dutch folk-pop singer-songwriter néomí.

I couldn’t even place Suriname at first until I remembered the Papillon novels; I think Henri Charriere spent some time there on the run from Devils Island and it certainly has an exotic feel to it. Ditto néomí, who is Néomí Speelman, now based in The Netherlands.

It seems she was a ‘reluctant’ musician, giving up on piano lessons five years after starting to take them (which was as soon as she was allowed to) but later picking up interest again after watching a Ben Howard video, which enthused her to teach herself guitar.

In another twist of fate she was invited in error to audition into a music school in Amsterdam and subsequently accepted on the basis of talent and potential despite being officially too young. Over time she became influenced by the likes of Bon Iver and Bob Dylan, as well as Ben Howard, with their lyrical ability being the main attraction. Accordingly her intention is to write, as she says, “little poems instead of songs.”

2020 was set to be her ‘breakout’ year as with so many others for néomí as she recorded her first singles, supported singer-song writing legend Don McLean and was also invited to the UK to play her first shows abroad. Our old friend Mr Covid put paid to that but undaunted she recorded dozens of songs ready for the opportunity to take flight.

In this debut single ‘if i wasn’t made for love’ which was written several years ago she sings of “the beauty and mystery of life. And what love brings to me, and I think also to others. The idea is: if life were simple, love would be simple as well. But in the end, it’s wonderful that love is complicated. I’d rather be ‘not made for love’ than understand it.”

And she’s got a sense of humour. The promotional video teasers on socials show her frolicking with what appears to be a blow up doll. Presumably it represents the love she’s not made for.

The song was made for guitar, that’s for sure. It probably wouldn’t have worked quite as well with the piano she eschewed and the electric guitar bridge sets it off perfectly.

Her vocal abilities are admirable. She sings in the higher registers and has been compared with the likes of Phoebe Bridgers & Sharon van Etten for her harmony prowess (which you can hear her perpetuating as the song plays out). I wouldn’t disagree but I’m more impressed with her effortless power, which put me in mind of Australia’s Gordi.

‘if i wasn’t made for love’ was released on February 10th via PIAS. There will be further singles with an EP scheduled for release June 2022.