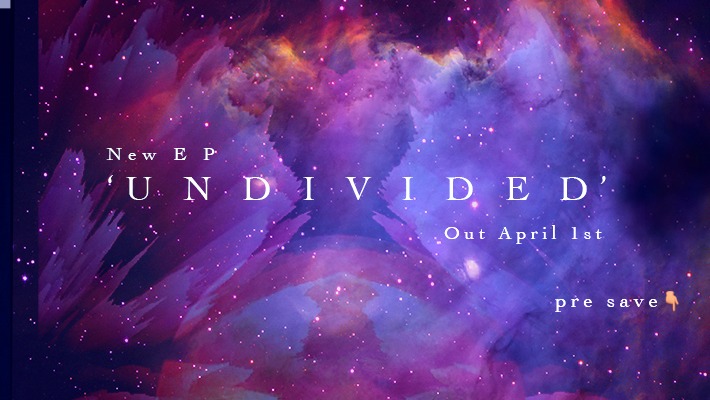 Where did Nora Go (Denmark) – Undivided (title track from EP)

I’d almost missed this one. I was about to bin it on account of it being past its ‘best before’ date but opted to give it a listen first and I’m mighty glad I did.

Where Did Nora Go debuted 10 years ago and is named for singer, cellist, pianist and composer Astrid Nora. The five-track ‘Undivided’ is her fifth EP/album.

The songs on the album were written “to create hope in a time of fear” under lockdown conditions (if I remember correctly the first one hit Denmark particularly hard), but as the PR rightly points out, that theme is equally appropriate to the general situation the world is in right now.

Astrid says that she writes “intuitively” and that that despite the universal despair at the time she was enveloped by calm and confidence that the experience “would lead us to a better place.” That intuition – she calls it “messages from the other side” – prompted her to take on the mantle of being a ‘channel’ for those messages, converting them into warm soundscapes.

Now that all sounds a little psychy, hippie-ish, maybe even counter-culture-ish, a throwback to Woodstock and The Twilight Zone or The Others at the same time and I’m minded of a Swedish counterpart, Gaeya, who does much the same thing, but with a focus zeroed in on the environment.

But the track doesn’t come across like that at all. You know, I’m not religious but it’s a song that fits the atmosphere of the day this is written on – Easter Sunday – perfectly. It somehow manages to combine loss, despair, hope and opportunity in one package, and musically in a manner which touches on both Enya and Aurora.

It’s quite lovely and I guarantee you’ll want to replay it instantly. I’m on my fifth already.

WDNG made her debut in 2012, shortly after the release of her debut EP ‘Away, Away, Away’. Since then, she has released two albums, ‘Where Did Nora Go’ in 2013 and ‘Shimmer’ in 2014, both released on German labels and most recently the EP ‘Womb of Life’ in 2019. She has achieved airplay in many countries including the UK, and I suggest we need to hear more of her here.

She’s been compared to Björk, Ane Brun and, (oh no!) Kate Bush but I suggest you put all of those out of your mind and just concentrate your undivided attention on Astrid and where she’s going.