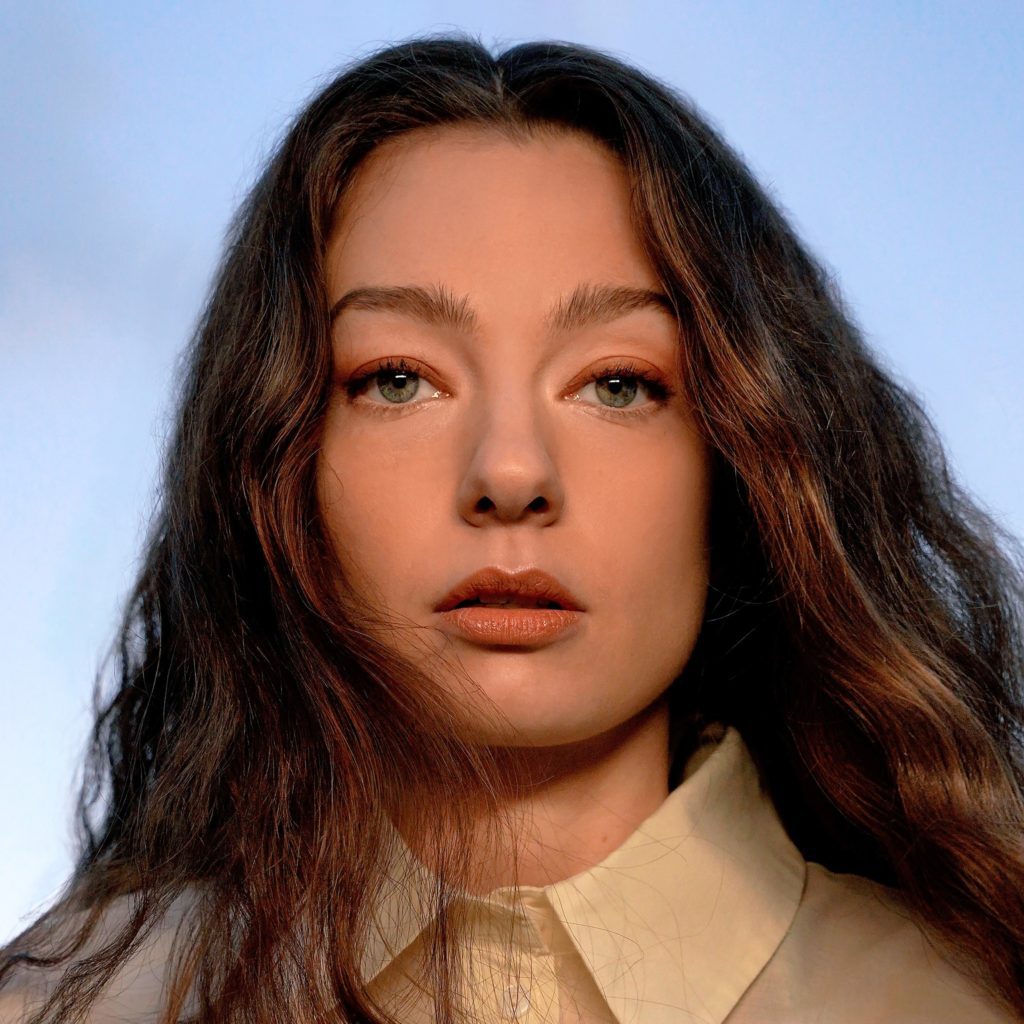 Although we don’t usually ‘do’ Eurovision there will be a few songs from it or from the national qualification shows in the next days or weeks.

First up is Trondheim’s Amanda Tenfjord, who we featured in the run up to Christmas when the Greek-Norwegian girl was selected as the Greek entry for this year’s Eurovision Song Contest even though it appeared she hadn’t yet written it. (See https://www.nordicmusiccentral.com/all-news-and-reviews/news-norwegian-greek-amanda-tenfjord-to-represent-greece-in-eurovision-song-contest/).

Well the song is finally here and as she’d hinted previously it is concerned with a romantic break up, having “loved someone more than what is healthy for you”.

It has an odd title – ‘Die Together’ – one that sounds like it belongs in a 1980s Bond movie, starring Pierce Brosnan. Indeed it caused her some consternation, lest the ‘metaphor’ should be misunderstood. What it really is about finding it difficult to move on from each other – as if something has died in both parties – rather than contemplating suicide over it. And yet…that notion can’t be discounted altogether. Fortunately, her co-writer, Bjørn-Helge Gammelsæter, ‘got it’.

But then Amanda is known for indecipherable titles, my favourite being ‘Kill the Lonely.’ I’ll leave that one to your imagination. And in any case she argues that her songs, and this one in particular, should be left open to individual interpretation.

So what’s it like? It doesn’t sound like a typical Eurovision song in that it isn’t in your face, the vocals belted out as if the singer’s life depended on it. The first half of it is quite restrained, delivered like a press statement (which I guess was the intention). Around the halfway mark, the tempo picks up and the big synths come in and it’s a different song altogether; one that the typical Eurovision audience will surely warm to.

She says, ”The song begins very naked and dry, which should show the honesty and vulnerability behind it, something I hope reaches the listener.” It’s a risky strategy but one that could yet pay off.

I also think it would have benefitted from being a little longer but Eurovision rules set three minutes as the maximum and that’s written in stone.

Much will depend on Amanda’s performance on the night of course but having seen her perform live I’m confident she can touch a nerve amongst even the hardest bitten sceptics; that is her forte.

To sum it up, ‘Die Together’ isn’t ‘Euphoria’, for my money the best ever winner of the contest, but it’s certainly in with a shout.

Greece last won the contest in 2005 and Norway in 2014. Perhaps 2022 will be the year for a Greek-Norwegian combination.

First she has to get through the semi finals. As a representative of Greece, Amanda (in the same way as the Norwegian contribution) will start in a semi-final when the event gets underway in Turin in May.

She says,  “I look forward to representing Greece with a song I am proud of. I have watched Eurovision every year since I was little, and I love it! It will also be very nice to meet representatives from other countries!”

‘Die Together’ was released on March 10th via Propeller Recordings.

The video was released just after publication, so here it is: