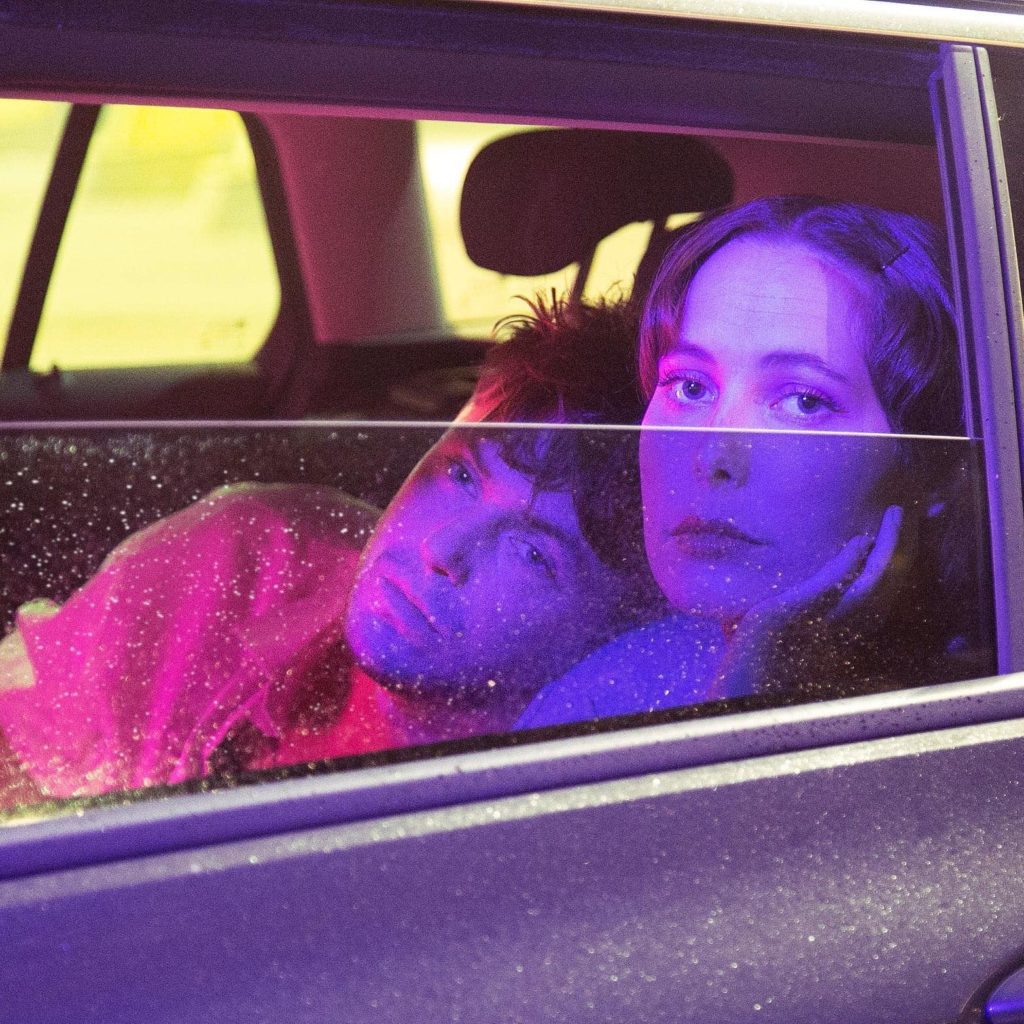 At last, a ‘good news’ story out of the pandemic. I knew there had to be one, one day.

It seems that Einangran means ‘isolation’ in Faroese, which depicts perfectly how the duo came to be. Heiðrik á Heygum was preparing to move back to Iceland and Lea Kampmann was on her way to visit her mother in Copenhagen when the first lockdown brought them together in the same apartment in Denmark. The two solo singer/songwriters decided to team up and, for the first time in their career, write music in their native tongue.

They released a self titled EP in 2020, one that includes the song ‘Kanska’ that won the award for Best Song at the Faroe Music Awards and their debut album is planned for release later this year. This song ‘Koyri Heim’ (‘Driving Home’ from the Faroese and the Icelandic translation is very similar) is the first single from the album. Home is where the heart is, they say, and it appears that the duo, who both have strong roots in Iceland where the single was recorded, hope to strengthen their bond with the country through their new single, to “create a creative bridge”. Accordingly, they are planning to tour Iceland upon the release of the album.

There are more songs about driving than I can recall straight off. Everyone from Golden Earring to The Beatles to Madness, to Chris Rea ‘Driving home for Christmas’ and dozens of others; perhaps hundreds.

But if they want to build a bridge with Iceland they wouldn’t go far wrong by tuning in to Soffía Björg’s ‘The Road.’ That is considerably darker in tone although I believe it deals with much the same subject matter as ‘Koyri Heim’ which is about someone who chooses to drive back home to a person, ex-partner, who they regret they broke up with. There’s an Icelandic sister for you guys straight away.

A major attraction for me to this song is the title; it has a certain ring to it and the song itself has a distinct cadence of 1980s disco allied to crisp 2020s synths. There’s even a bit of smooth yacht rock in there. Definitely a party song. For when you can’t get the party going for love nor money. This should get them on their feet.

The video below is literally hot off the press, having been released at the same time as the song and it “captures the moment where the narrator drives back home to their beloved ex”.