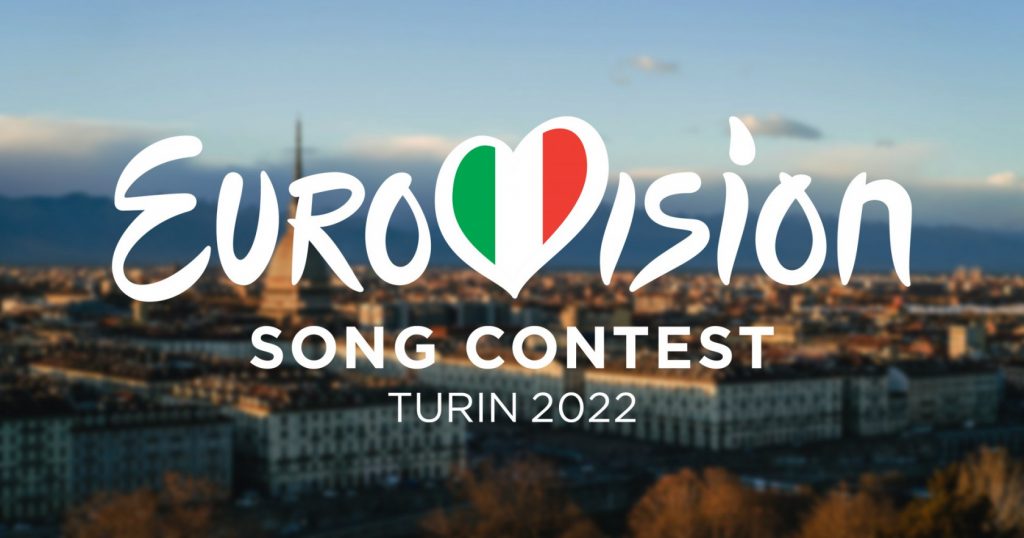 Yes, it’s that wonderful Eurovision Song Contest time again. I’ll tell you what. While it is much-maligned it has improved dramatically over the last few years with even some alt-pop songs there this year.

All the Nordic countries have put forward an entry. At the time of writing one semi final has taken place and Denmark has already been eliminated (quite unreasonably in my view, but I didn’t even have a vote).

Before I start, just a quick word about the Ukrainian entry. There is going to be a huge sympathy vote for Ukraine, one which will almost certainly carry them over the finishing line in first place, as happened in 2016 with Jamala and her song ‘1944.’

To be honest I don’t think this year’s song of theirs, ‘Stefania’ by the Kalush Orchestra, is strong enough to win it. Top 10 perhaps, but that’s all. They shouldn’t be winning it on a sympathy vote and I’m certain Kalush Orchestra feel that way, too. That would be insulting to the other artists.

So, to Denmark, and Reddi with their song ‘The Show’.

Reddi are: Siggy on vocals, Ida on bass, Agnes on guitar, and Ihan on drums.

‘The Show’, is all about daring to do what you want regardless of your gender, as they say: “With our song, we want to tell the world that you should not let the outside world stop you from doing what you dream of. We want to show the world that women can do everything on their own. We all wondered why there were so few female bands in Denmark, so now we show that it can easily be done”.

Unfortunately it can’t, as they didn’t make the first cut to the Big Show, which is a shame. A ballad that morphs into a rock track, and enlivened by a guitar break by Agnes who looks like Dave Hill from Slade here, while Siggy could be Bonnie Tyler, it fell by the wayside and the show couldn’t go on.

I thought it would at least make the final. But there you go.

Perhaps it was something to do with the fact that Ihan kept dropping her sticks during the rehearsals, to such a degree that some of the journalists thought it was part of the act.

After the dorkish Daði og Gagnamagnið last year, 2022’s entry from Iceland, courtesy of Systur, is much more sedate. I had to do a double-take at first because I thought it said Sykur, a very in-your-face and dynamic Icelandic electro-pop band, and who would probably win it just for their vocalist’s (Agnes) attitude.

In the event it is three sisters, Sigga, Beta and Elín, who have been singing together for as long as they can remember. A sort of Icelandic Andrews Sisters. They are from a very musical family and dad even had a minor hit in the UK in 1983. Their brother plays drums in the Eurovision gig.

The three sisters believe strongly in the healing power of music and spend much of their time supporting those who are marginalised in society. In recent years, they have focused their activism on trans- children’s rights (wow, that’s deep), and are heavily involved with the local community.

The song is ‘Með Hækkandi Sól’ and the harmonies are gorgeous. But I don’t think that it carries a powerful enough tune, even in the chorus, to push it far up the rankings on Final night.

Norway’s entry is a big disappointment to me. The depth of talent that exists in that country (and one of their own is performing for Greece, see later) and this is the best they could come up with?

Subwoolfer’s ‘Give that Wolf a Banana’ is pure novelty Eurovision 1990s kitsch anachronism. Take this promo spiel for example:

“Subwoolfer, the biggest band in the galaxy, got together 4.5 billion years ago on their home planet… the Moon.” (The moon isn’t a planet, lads).

“Since then, Keith and Jim (Norwegian names?) have conquered the music scene on every other planet, making them the most successful pop group ever… so they tell us.”

“And now, armed with the greatest song in existence, ‘Give That Wolf a Banana’, they have come to earth to claim their musical throne.”

Ok, that’s enough. As for the song, performed in outlandish costumes, and masks (and speculation as to who exactly they are, at least one of them might even be British) well it actually starts off quite well. After that, oh dear. Norway has won Eurovision three times. This won’t be the fourth. Then again they said Lordi wouldn’t win it…

And so to the Swedish entry, from Cornelia Jakobs, who we featured in NMC with a different song, back in March.

She was once a part of the girl band Love Generation, disappearing from the scene for quite a while following its demise, and then launched a solo career in 2018, rapidly gaining in popularity and working on her first album. Her father is a famous rock star in Sweden, and her grandmother is a composer.

A slow-building power ballad, her song here, ‘Hold me closer’ presses all the right buttons for this event and I’ll be surprised if it doesn’t get into the top 10. It could do much better than that.

Onwards to Finland, and to a band that’s probably been around a lot longer than the other competitors, namely The Rasmus,

Their biggest hit, ‘In the Shadows’, recently passed the 100 million streaming mark on Spotify, despite being released many years before Spotify was even invented. They’ve released several platinum-selling albums, won numerous music industry awards, and played gigs all over the world.

They are Lauri (lead, singer-songwriter), Eero (bass), Aki (guitar) and a new recruit, Emppu, who launched her own career in the late ‘90s in Finnish girl band Tiktak (no, not TikTok – steady now). Actually I thought Emppu was a male name?

Their Eurovision song is ‘Jezebel’  though not the Frankie Laine/Edith Piaf (and latterly Anna Calvi) classic.

You can always trust Finland to rock Eurovision. I can’t imagine them coming up with a smoochy ballad, and after all they were “responsible” for Lordi.

‘Jezebel’ isn’t a rock classic by any means but for those that like this sort of thing there ain’t much else like it to vote for and that alone must count in its favour.

You never know, if they carry on like this Finland might even get Nightwish to represent them one day.

And finally, I must give the Greek entry a mention. We covered this one twice earlier this year (see https://www.nordicmusiccentral.com/all-news-and-reviews/amanda-tenfjord-norway-die-together-single-also-greek-eurovision-song-contest-2022-entry/).

Amanda Tenfjord lives in Norway, where she has been raised since the age of three, having been born in Greece and it was the Greeks who invited her to write a song for Eurovision, rather than Norway.

What she came up with was one of her oddly-named songs, ‘Die Together’, which sounds like the title of a Bond movie that slipped under the radar. Probably ‘starring’ George Lazenby.

But I’ve seen Amanda live and her performances always transcend her recorded work (which is pretty good anyway). At the semi final she pulled it off fabulously, sailing through the song with a sultry performance quite different from her earlier renditions, including this one (video). And, while sporting her full name Amanda Georgiadi Tenfjord, she looked more Greek than ever.

I honestly believe now, having witnessed that performance, that this song is Top 5 material, only it’s unusually abrupt ending counts against it, and it would be worth a flutter down the bookies for #1.

Realistically, what can the Nordic artists best hope for?

Sweden – #7 (in with a shout, depends on crowd reaction) – depending on it getting through the semi-final of course

Greece/Norway – #1 (an outside bet but not impossible).

And lastly, ‘nul points’ UK – don’t even think about it. It will give you nightmares.