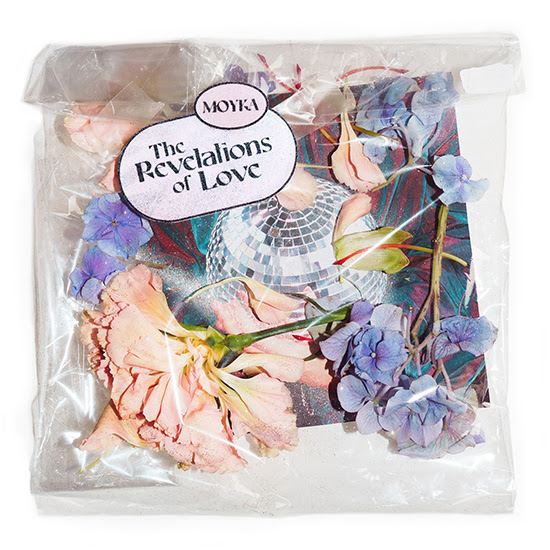 Moyka (Norway) – When (single), plus album The Revelations of Love)

Moyka was here a week or so ago with the single ‘Illusion’ and since then she’s released her debut album ‘The Revelations of Love’.

I said in the ‘Illusion’ review that when Moyka’s compatriot Sigrid released her debut album two and a half years ago it took me by surprise because the limited number of single ‘bangers’ she had released were supplemented on it by tracks that were quite, and unexpectedly, different, some of them sophisticated art-pop, others even straying aggressively into the territory of Adele.

So I wondered out loud if Moyka might do the same with her own debut album. Unfortunately I haven’t had the time to give it more than a brief listen and I decided to single out this track for attention if only because it is the last single released in advance of the album. In any case you don’t need me as she’s put together a track-by-track guide to it of her own in advance of a full album documentary film slated for a release on November 2nd.

To put the album into some sort of context, its overall theme is love. That’s love, not lurve; she takes the subject very seriously. In an online post a few days ago she revealed that, “Two years ago, I had my heart broken. This album is the story about how I reconstructed myself using all the pieces I found along the way.”

She says, “It starts with the discovery of a new romance, leading further into the different stages and situations you could be finding yourself in when experiencing feelings of love with someone as a young adult. I sing about falling in and out of love and the realisation that sometimes it’s not the way you thought it would be.”

Truly, young Grasshopper, you have much to learn.

‘When’, apparently the first song which she wrote on the album,is concerned with that age-old question, when is the right time to let go of a lost lover? She’s decided to deal with it by “diving into the deep end”.

It takes exactly 38 seconds for the archetypal Moyka synth melody to make its appearance, and yes, it sounds eerily reminiscent of most of the others we’ve heard so far. But that isn’t stated as a criticism. She knows exactly which buttons to press on those synths and her degree course in music production has stood her in good stead. She understands just how to manipulate the sound into something which is danceable but without ever detracting from the personal storyline which is in all her songs.

And immediately following it is the same strident verse format which featured on ‘Illusion’.

But then there is a variation to the norm. She throws in a selection of screams before the key line “when do I start thinking of somebody else?”, which adds a personal note to what can be quite formulaic electronic music and which I’d like to hear her do more often.

So what of the other tracks; are there other such examples of departure from the norm?

‘As long as you’re here’ – is slower, considered, more in the way of a ballad but with almost overwhelming synths coming in and a climactic ending.

‘Stay’ – a positive song about a new love. Highly melodic but the standard Moyka riff; you’d know it was her from the opening bars.

‘Illusion’ – repeating what I said in the single review, the strongest melody I’ve heard since the early song ‘Bones’, a well-told tale of false hopes and a catchy strapline, “I bought into the end of time”.

‘Brokenhearted’ – a ballad which, without an annoying heavy bass line and the electronica (i.e. in the raw, perhaps even acoustic) might have been the best on the album.

‘Are you with me’ – the nearest to a pure pop song, well constructed, good tune, good vocal but spoilt somewhat by an unnecessary helium-like voice at the end

‘Let me know’ – I certainly will, Moyka. This is the best song on the album. One minute and 44 seconds of loveliness and I wish it could just have been a little longer. The sort of thing Aurora enthrals us with, and just as good. The only problem is that it has very few plays so far on Spotify, which may be indicative of what her fans want and don’t want to hear.

‘December (I never Learn)’ or, “and so this is Christmas, and what have you done?” as another song writing duo might have put it. A fast-moving banger with an unusual and overpowering keyboard part thrown in, in a different arrangement it might be an ABBA song. Major keys don’t really match the sadness of the lyrics (“feels like it’s slowly picking me apart”) but highly danceable, no question about it.

‘I don’t wanna hold on’ concerns the pain of moving forward as the title suggests but delivered in a lively manner which hints at the choice being harder than she might think . She’s taken the collective talents of Aurora and Highasakite and rolled them up into a little creation of her own with a supremely catchy one-line verse and one which I think the radio stations over here will be queuing up to play first.

I don’t know why she chose to use a vocoder or similar distortion on the final track ‘You & I’. I wasn’t taken with it at first but the effect, at least, grew on me. The other observation I’d make about this track is that while I’m sure she produced the full album herself there are elements of the work of Trond Bersu in it, one of the leading producers in Norway. Even merely making the comparison is high praise.

On just about every occasion I’ve reviewed Moyka I’ve moaned that while she is a considerable talent there was a little too much channelling of other artists going on, hence the mention of Sigrid’s album earlier and how she mixed things up unexpectedly. Has Moyka succeeded in doing the same?

Well, not to the same degree perhaps but there are at least three tracks that I would not have expected to hear judging from what I had previously experienced from Moyka, namely, ‘Brokenhearted’, ‘Let me know’ and ‘December (I never Learn)’, and none of them sounding like the other.

Putting together a concept album so tightly focused like this, each track a brief snapshot of different moments of her love life like a Polaroid photo cannot be easy. There will always be the temptation to stick to the successful format that she has developed over the last few years at the expense of a little experimentation. While it would be incorrect to say that no two tracks sound the same what variation has been introduced is highly effective and promises much more to come.

On that subject – the future – I read some of the artist comments from other publications on the Press Release. Most of them gush, and as anyone who has read our ‘About’ page knows, we prefer to avoid that, and we eschew flowery language. But two of them stood out:

“Electronic pop expert and one of the fifty best pop stars operating in the world today.”

Regarding the first one, I concur. I’ve mentioned some of the others in this piece and there is a growing list of them. The trick is to differentiate herself from the others. I wasn’t convinced she’d done that previously but she’s set the ball rolling with this album.

I’m not sure she’s broken into the top 50 ‘pop stars’ in the world yet but she’s pushing for recognition in that category for electronic artists for sure and this album might just propel her into it.