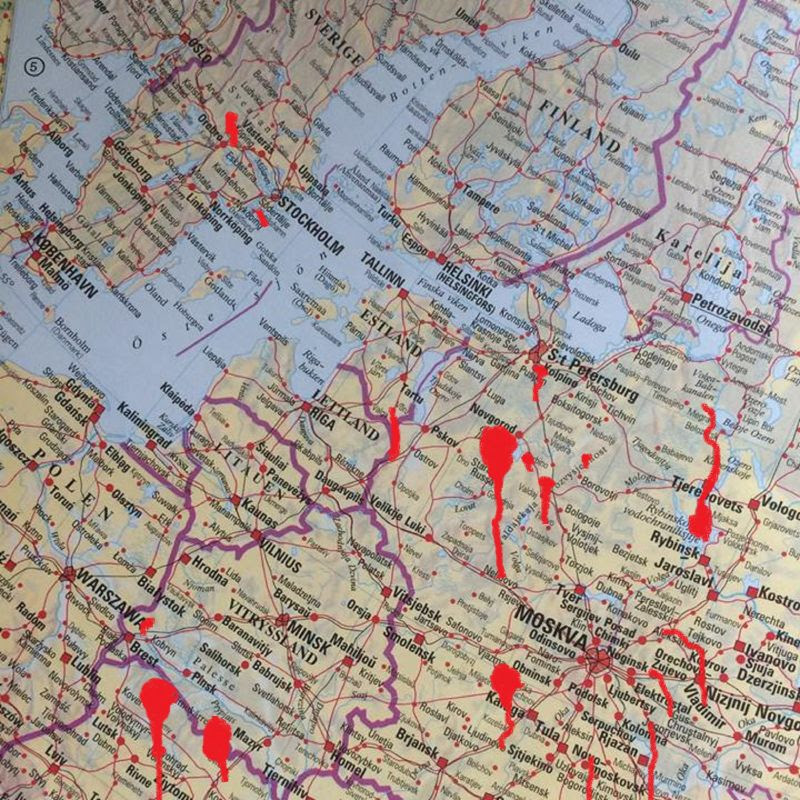 Re-release: The Pillisnorks ft. The Free Voices of Indie Sweden – Putin Will Teach You How to Love the Motherland (cover single)

Three years ago, 45 independent Swedish artists and musicians gathered in a Stockholm studio to record a song in protest of the Swedish Immigration Agency’s treatment of two members of the Russian performance group Pussy Riot, who had been denied a permit to stay in Sweden.

Those two members were eventually allowed to remain in Sweden as the original decision was overturned and this recording undeniably played its part. As it happens, I’m not sure their behaviour towards a number of people involved in the campaign, and journalists, actually justified that revised decision, but that’s another story.

The song, ‘Putin Will Teach You How to Love the Motherland’ was performed for the first time by Pussy Riot at their protest action in connection with the Winter Olympics in Sochi, Russia in 2014, which was brutally attacked by police; the same police currently kicking the living daylights out of anti-war protesters I assume. It isn’t fake news; you can see it yourself on an easily accessed YouTube videos. It doesn’t make for pleasant viewing.

In fact I’ll make it easy for you by copying one of the videos here, as it contains the original version of the song.

(I just realised that they were attacked by what I assume to be the descendants of the Cossack Guards who assassinated the citizen protesters on the Potemkin Steps in Odessa in 1905, which featured in a recent NMC article, see: https://www.nordicmusiccentral.com/all-news-and-reviews/weekend-intermission-arcade-fires-intervention-and-a-very-apt-film/)

But for the new recording, which we take pleasure in hosting here, the lyrics were updated in English by Fredric Ceson, the singer in the Swedish cult art-rock band The Pillisnorks. The satirical references to Vladimir Putin are well chosen on account of his inherent repression, obsessive desire to incorporate Ukraine in the ‘motherland’ again, and unforgivable invasion of that country causing countless civilian deaths.

There is an entire catalogue, a Who’s Who of the Swedish Indie scene, who were involved in recording the song and I’ll list many of them here, some you will be familiar with as you might have seen them in NMC:

Also present in the studio were the two Pussy Riot members Lusine Djanyan and Alexey Knedlyakovsky, who performed the song live with The Pillisnorks at the Joe Hill Memorial Music Awards show at Gefle Gas / Indie Sweden Music Festival in 2018.

‘Putin Will Teach You How to Love the Motherland’ was recorded and mixed by Emil Pettersson at Soundtrade Recording, Stockholm, assisted by Fredrik Berglund. The producer was Claes Olson.

You know what? I reckon it’s time for another one of these songs. Perhaps the combined weight of the Swedish indie scene can convince Vlad of the error of his ways, something Joe, Kamala, Anthony, Boris, Emmanuel, Jens, old Uncle Tom Cobley and all haven’t been able to do.

Anyone up for it?

By the way, if you don’t hear from me again I’ll probably be in a gulag. They don’t have internet access.

The song is here: