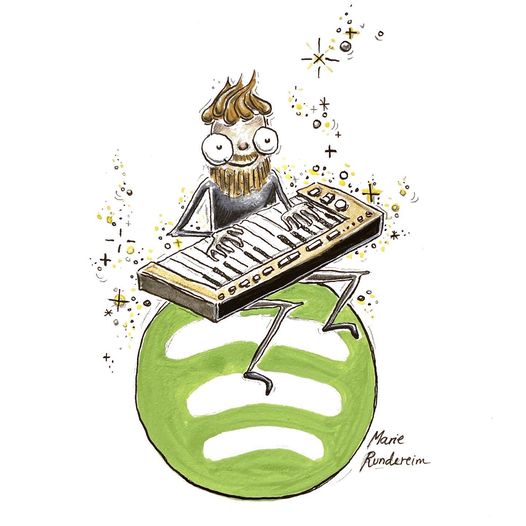 Last year SkarWorX trickle-fed us some of the tracks from his first album and he’s doing the same again with the next one, ‘SEED – X vol.2’, which is the second album in what will be a trilogy.

It was an interesting exercise to listen to how the songs evolved on that first album, my favourite being the final track and the only one with vocals, ‘Unicorn’, which took a different, and somewhat mysterious direction compared to the others. Perhaps he will do that again on this album.

‘XOXO’ is the first song from this album. Øystein Skar is a master of disguise and a practitioner of sorcery in that you never know quite what to expect from him. It helps if you can decipher the title, but I can’t. XOXO nominally is code for ‘hugs and kisses’ of course but even though there is a deeper, religious subtext to it, the composition doesn’t suggest that is the subject matter.

It might possibly reference the 2016 film of that title, in which “The lives of six strangers collide during a frenetic night of romance and dream chasing when a young DJ is given a chance to perform at a festival.” (Thanks to MovieNews.com for that one). Despite the fact that Aurora appeared on the soundtrack the film bombed and got some poor reviews so I don’t think that’s it either.

What we do get from SkarWorX is intrigue. ‘XOXO’ starts up with a simple piano melody; not ‘Chopsticks’- simple but perhaps on the lines of Tchaikovsky’s ‘Album for the Young’ (except with far more of a tune, sorry Pete). It could be the music that accompanies Punxsutawney Phil casting his groundhog shadow, at length, at Gobbler’s Knob.

Then after a long sustained note and while retaining the underlying piano melody it explodes into action with a startling combination of synthesised musical and vocal effects that evoke the impression of an out of body experience before sliding slowly back into that piano melody to play it out. There’s possibly a comparison to be made with ‘Tubular Bells’ in that sense but that’s a full album side concept piece. This one lasts just two and a half minutes. But that’s all it needs.

There are quite a few musicians in Norway alone who are working around experimental electronic sound although not often combining it with acoustic instruments such as piano like this. SkarWorX is undeniably at the cutting edge. I often comment about such musicians that they should be writing film scores if they aren’t already because it didn’t take me more than a minute to identify several movies this piece would have fitted perfectly. One might be Chariots of Fire (thanks Vangelis, don’t call us, we’ll call you). Or when the mother ship ramp comes down in Close Encounters.

I sense an absorbing album in the making here.