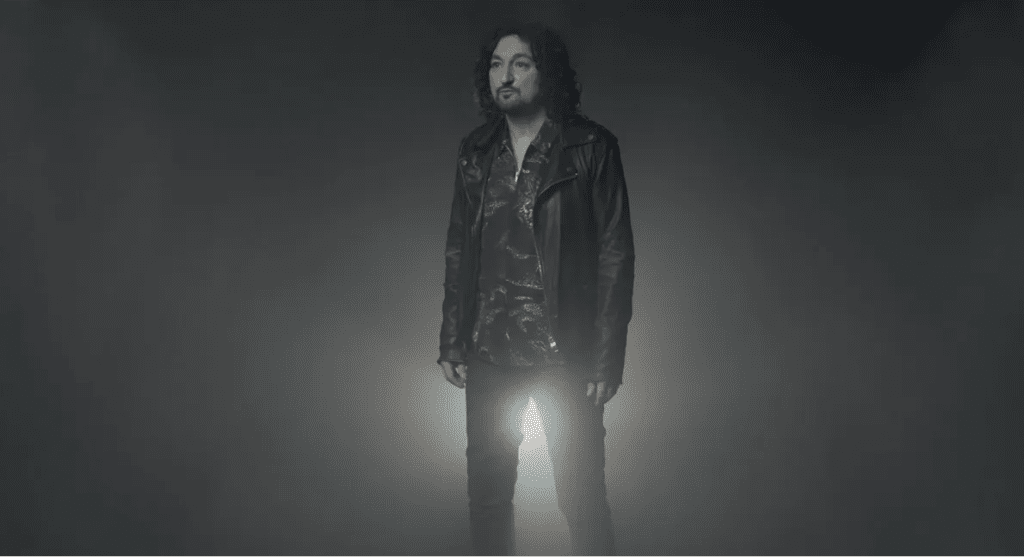 We are privileged to have been offered the video premiere of Di Leva’s cover of David Bowie’s ‘Heroes’. You can access it here from now until Friday 14th January, after which it will also be posted for general public release.

Nordic Music Central wrote last weekend about Di Leva’s oh so apposite version of the famous Bowie song, written during his Berlin period, and released on the occasion of Bowie’s 75th birthday.

We described it as, “simply an absolutely honest statement of respect… and you know what? Di Leva actually does sound just like Bowie, without even trying. And if anything it is laced with even more positivity than the original.”

You can find the full review here: https://www.nordicmusiccentral.com/all-news-and-reviews/di-leva-sweden-heroes-bowie-cover-tribute/.

Sometimes there is stark, simple beauty to found in a pop video and here Di Leva has cornered the market for it already in 2022 with a wonderfully telling understatement of an interpretation. In a handful of restrained looks and gestures against the backdrop of ‘the light at the end of the tunnel’ flickering behind him through the mist, and coupled with fleeting images of the materially or spiritually dispossessed on the wrong side of a chain link fence, gazing on in hopeful anticipation of salvation, Di Leva says as much in three minutes or so as some Hollywood movies say in three hours.

Di Leva said he was trying to stay true to the dramatic original version of the song, although through a “modern visionary lens.” In the previous review I said I didn’t quite understand what that meant but the video makes it much clearer. Dressed here in a leather jacket as the common man, Di Leva acts as a pied piper-like catalyst to the deprived, the losers, the sad and the lonely; enticing them with the prospect of fulfilling their own dream. And today, two years into a pandemic, there are more people than ever with the propensity to be ‘heroes’.

“We’re nothing, and nothing will help us/Maybe we’re lying, then you better not stay/But we could be safer, just for one day”…

We can beat them, just for one day

We can be heroes, just for one day.”

There have been several Bowie tribute concerts over the years, probably the most famous being those between March and July 2016 in cities such as London and New York, and which featured a legion of top-class performers, many of whom openly admitted that they would never have fulfilled their destiny without Bowie’s inspiration.

It’s a pity this great performance by Di Leva didn’t take place then.